On a bitterly cold January evening the party room at David Fong’s Restaurant was warm and festively decorated.  China Tribune, the local Chinese newspaper, has launched a program to salute the Brightest Minnesotan among us.  During 2014 readers to the newspaper nominated and then voted on 10 nominated individuals.  The accomplishments of those nominated included: decades-long enthusiastic volunteerism in the Chinese community; contributions to welfare and well-being of Chinese citizens, in particular the elderly; promoting mutual understanding between the Chinese and greater Minnesota communities; trying to save the life of someone drowning; contributing to the cultural and musical vitality of the Chinese community; actively supporting civic engagement in the wider community and recognition by city government; supporting the musical arts; recognition by U.S. President George W. Bush; running a model car business with honesty and integrity and practicing fair pricing; contributing to dialogues between China and the U.S.

Tonight the winner of the voting would be announced.  David Cheng, publisher of China Tribune, announced that the overwhelming winner was Ming Tchou!   The entire audience erupted in cheer.  Everyone was delighted that Ming, a longtime force in philanthropy and volunteerism in our community, was truly the best nominee for this meaningful award.  Many prominent members of our community, including Vincent Mar, John Zhang, David Cheng, spoke movingly in honor of Ming.  They cited different good deeds that she had done without fanfare and without expectation of public recognition.  Her long-time involvement in U.S. Chinese People’s Friendship Association, Chinese Senior Citizens Society, and Chinese Heritage Foundation, which she founded in 2004, has set examples for everyone on how to live a good and productive life.

After dinner a steady stream of old friends came up to greet Ming.  Everyone was thrilled to see that she was doing so well after recent health challenges.  Below is a copy of the testimony given by John Zhang on Ming. 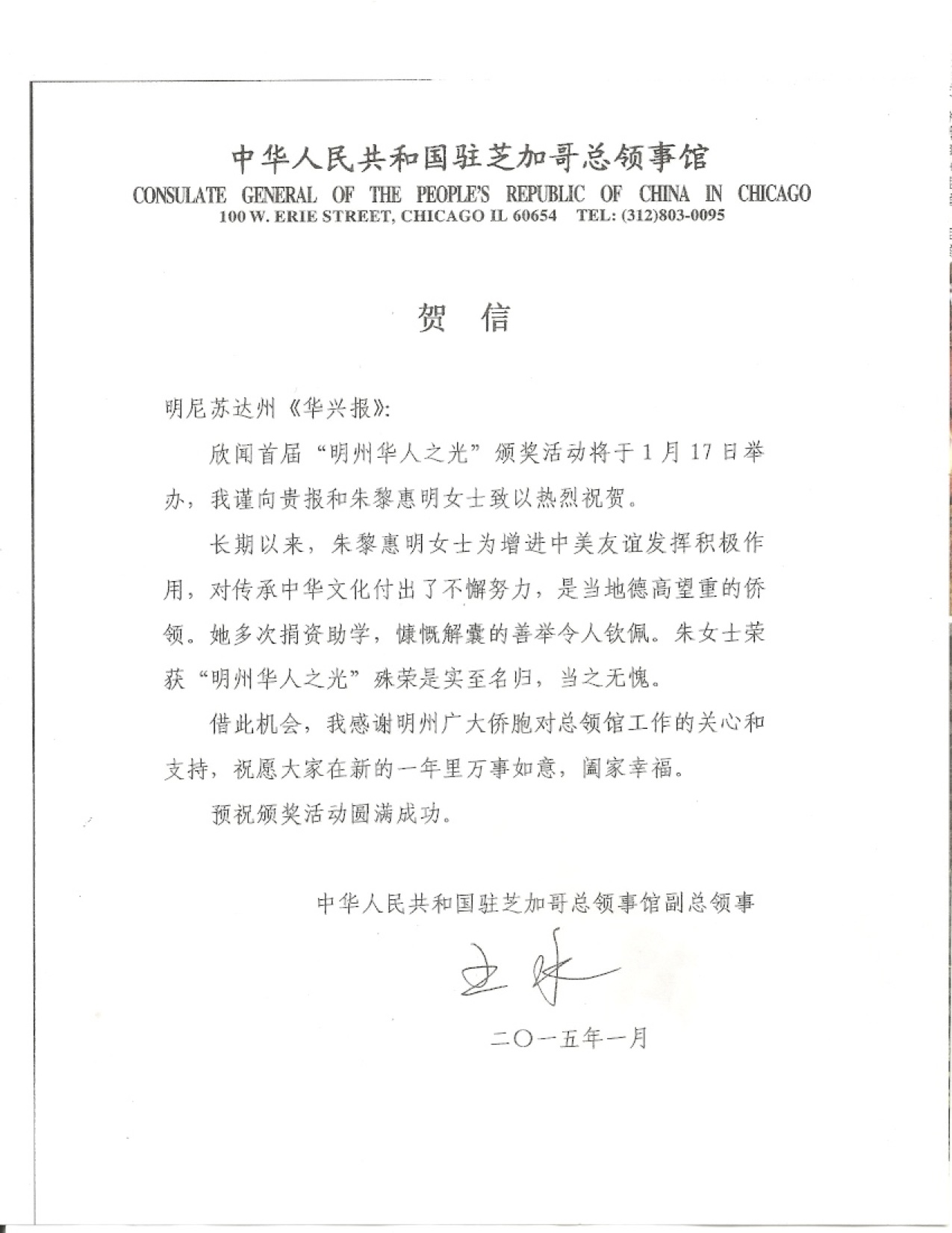