On the morning of March 8, members of the Dream Committee gathered at the party room of Gramercy Building to prepare a festive luncheon for 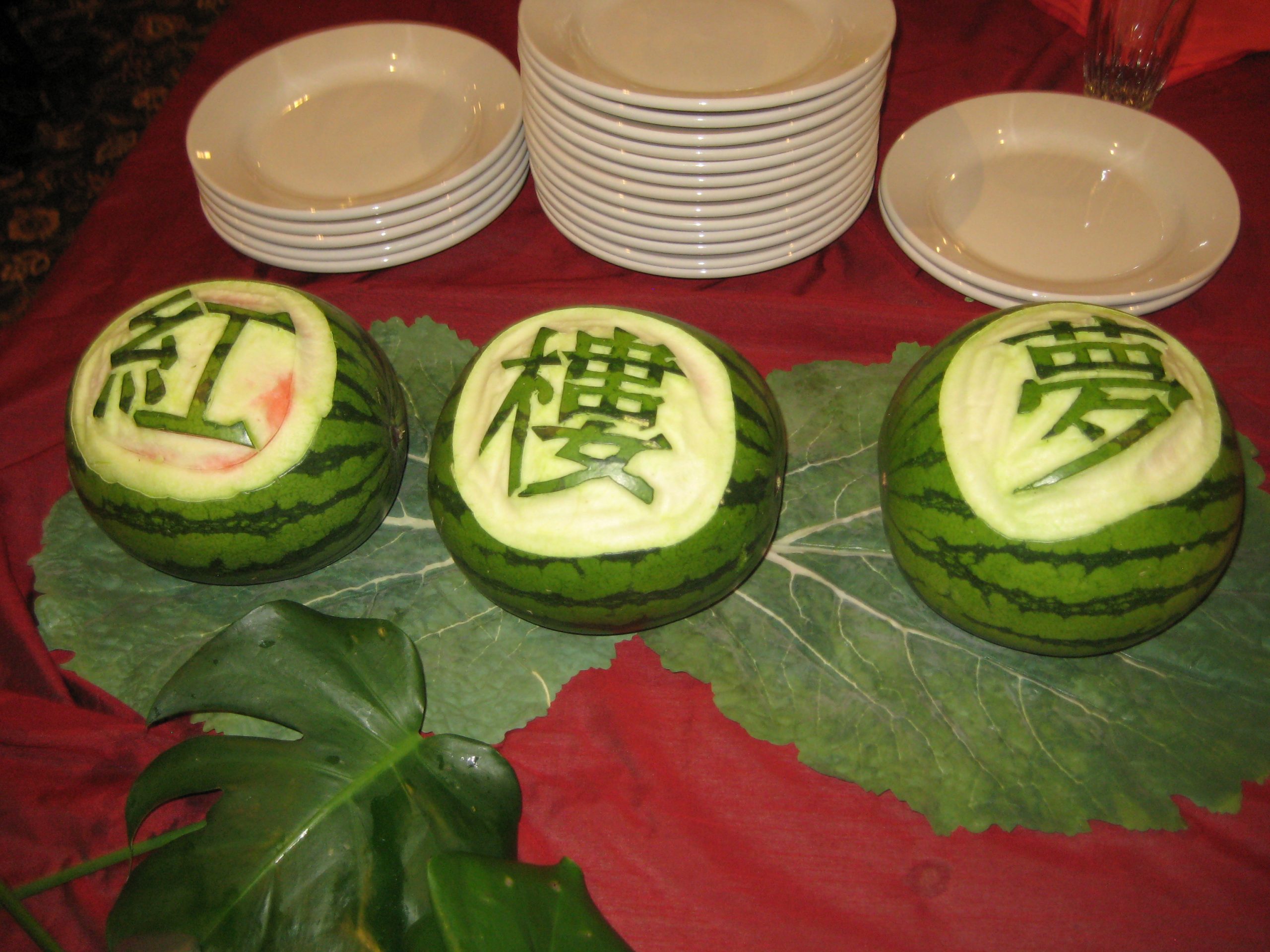 the crowd that would be gathering shortly.  They, ardent supporters of Dream as well as newcomers who had heard of our project just recently, had come to hear the latest development of our Dream Opera Project.  A delectable menu awaited them: steamed cod in sweet and sour pepper sauce, roasted asparagus, tea leaf eggs, marinated tofu, and almond cookies and fresh fruit for desert.  The crowning touch on the luncheon table was provided by three watermelons, carved with the words hong lou meng in Chinese by Bob Bergad.  Everyone was enchanted with them, sitting quietly at one end of the table!

After lunch Pearl Bergad gave a brief summary of our project for the benefit of our newcomers, conveyed regrets from Jon Gossett, director of development from San Francisco Opera (SFO), who had originally planned to be with us, and also gratitude from SFO for suggesting this project and underwriting the commissioning fees for both composer Bright Sheng and librettist David Henry Hwang.  SFO has spared no expense in completing a world-class artistic team.  In addition to Sheng and Hwang, they have tapped Stan Lai, the most celebrated theatre director in Asia, to be the stage director, and Timmy Yip, of Crouching Tiger, Hidden Dragon fame, to be the set and costume designer.  This is indeed a Dream Team!

Responding to queries at our open house last year about educational efforts to accompany this fantastic opera project, Emily Hanson from the Confucius Institute spoke of the Institute’s decision to create a lesson plan based on Dream to be offered to junior high students.  Working with its counterpart in California, the lesson plan will be available on a nationwide basis in January 2016. 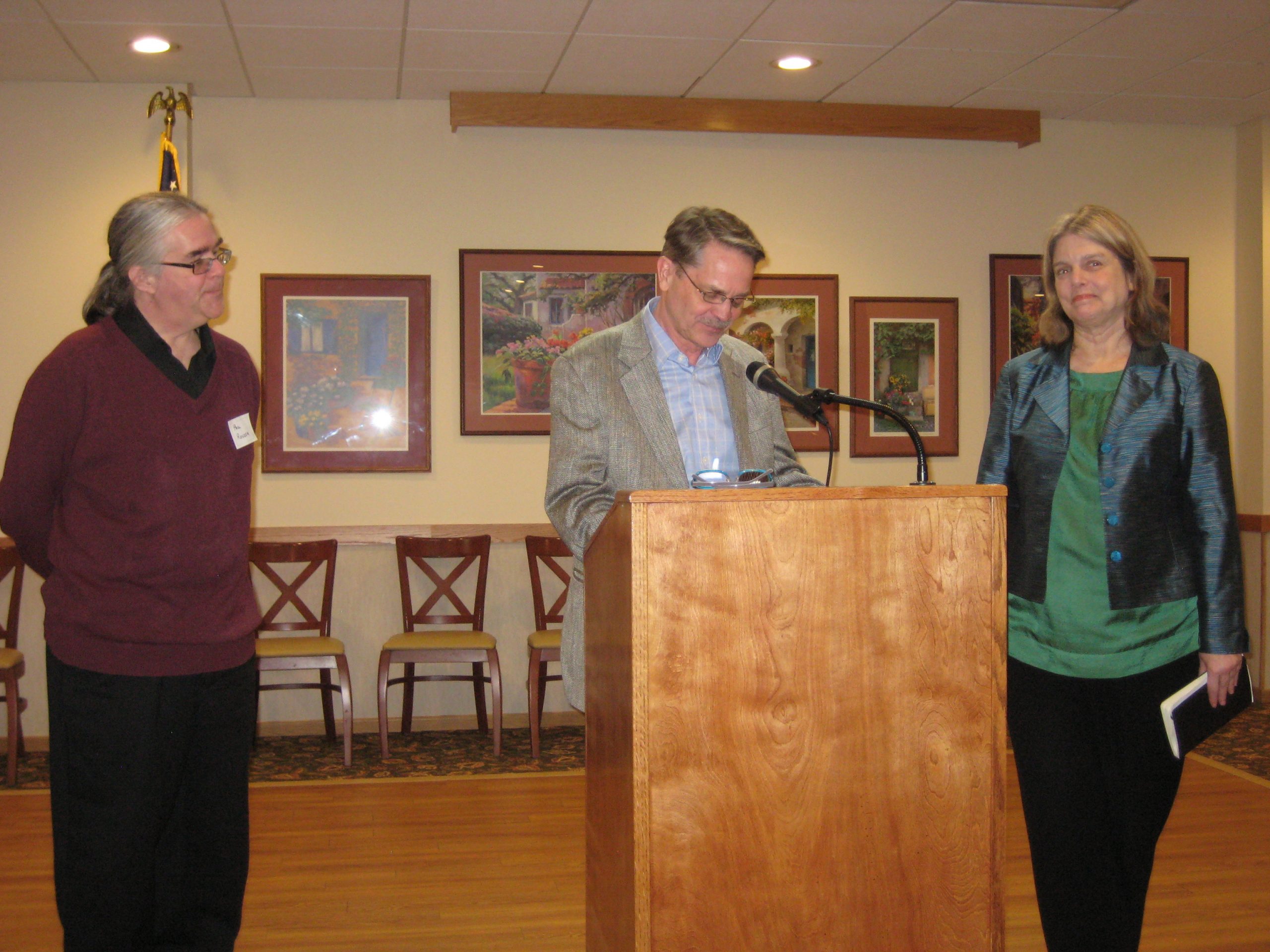 Joe Allen, chair of Department of Asian Languages at University of Minnesota, was also in the audience at the open house.  He informed us that his department will be offering a graduate level course on the novel Dream, with an online course to be spun off for the general public, in time for the SFO premiere.  The course will be offered in January 2016, and the online course will be available online by June 2016.  Ann Waltner and Paul Rouzer, two professors who will be teaching this course, were on hand to answer questions.

Wrapping up the meeting, Bergad thanked our major Dream contributors, among them Ming Tchou, Ben and Helen Liu, Paul Kwok and Pat Hui, and the Lotus Fund of The Minneapolis Foundation, and urged everyone to help us make the last $30,000 that we still need to meet our commitment to SFO.