Dream of the Red Chamber at 2017 Hong Kong Arts Festival

Dream was a co-production between San Francisco Opera and the Hong Kong Arts Festival, and shortly after its 2016 world premiere run in San Francisco, the entire production was packed up, with every item meticulously labeled, and shipped across the Pacific Ocean to Hong Kong. All the scenes were then re-constructed in time for the March 7-18, 2017, Asia premiere performances at theFestival. Offered as the grand finale of the Festival, tickets to the two performances sold out within days. In anticipation of this strong audience interest, Radio Hong Kong produced a broadcast of San Francisco Opera’s world premiere performance two weeks beforehand. Here is a link to the broadcast.

A small CHF contingent, consisting of Paul Kwok, Richard and Lynne Sadler, VIncent Mar, Ann Waltner, Charles and Dora Lee, and Bob and Pearl Bergad, had traveled to Hong Kong to attend this exciting Asia premiere. We also attended a fabulous luncheon hosted by the San Francisco Opera, as well as a discussion panel with the entire artistic team of Dream at the Asia Society. 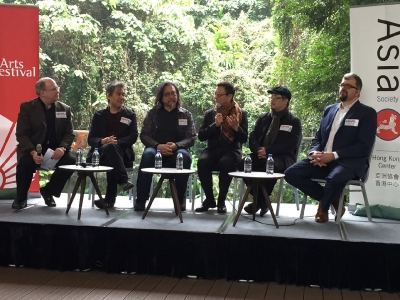 Both Hong Kong performances featured the original cast from San Francisco, with the exception of Bao Chai who was sung by Amanda Li . The predominantly Chinese audience, many of whom were knowledgeable of the novel in its original Chinese, was deeply appreciative of its glowing transformation into a western-style opera.

There were many thoughtful reviews in the Hong Kong press, mostly looking from the perspective of the novel in its original Chinese. One of them began by quoting Zachary Woolfe, opera critic at The New York Times. He said, “For centuries, opera has been a tool of power, a spectacle developed and organized by influential Western nations and the elites within them… Using opera to understand the connections between cultures and to experiment with what can bridge them is no longer merely an aesthetic possibility; it’s a moral necessity.”

From International Association of Theatre Critics (Hong Kong) IATC –Fang Bo In an extensive review in Chinese, a critic dwelled on the cultural significance of this production. He applauded Bright for infusing a Chinese feel to the entire opera; particularly in the use of the Chinese folk song ‘Zu Zhi Diao’, the Purple Bamboo Tune, by the clarinet solo in the wedding scene. He also defended the choice of seemingly simple words in the libretto that, to some members of the audience, may not have conveyed all the complex feelings of the original text. He cited examples in Chinese Kunqu opera that frequently incorporate common or colloquial expressions in order to draw in a wider audience. 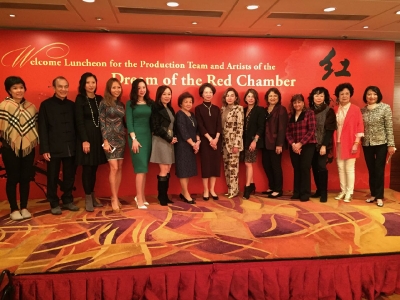 In conclusion the critic offered his own response to a previous comment. To the description Culture Consul Xiao Xiayong at the SF Chinese Consul General of our original idea to produce an opera based on Dream is so small that it was like borrowing a dingy to go to sea. But now the idea has grown and succeeded and has come home on an ocean liner.

Whit Emerson, in a review posted by The Theatre Times, a global portal for theatre news, called Dream a transcultural collaboration and a new interpretation: ‘This opera may be a way to open Chinese culture to a global audience, and for those unfamiliar with the novel, the opera succeeds: interested viewers may read the novel or watch one of several television or film adaptations to gain more insight. For those who are familiar with Chinese culture, this new interpretation of a classic novel through melding Chinese content into a Western form works well. The romance between Bao Yu and Dai Yu is well developed, but Bao Chai’s lower prominence and less stage time limited the development of her character and predicament. ‘