By the Advisory Committee of the Chinese Heritage Foundation and Robert D. Jacobsen, Chair of Asian Art at the Minneapolis Institute of Arts 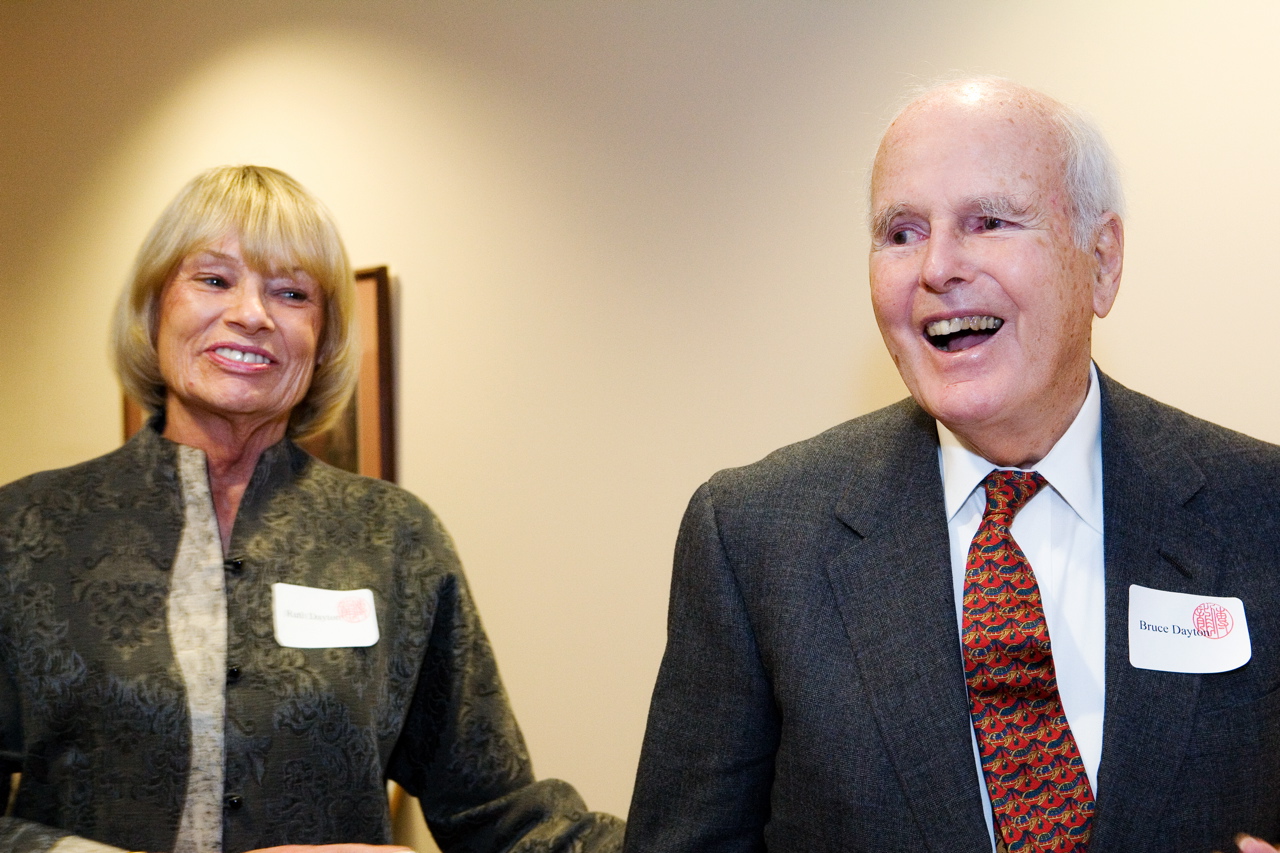 Recently, Bruce B. Dayton marked his sixty-fifth year as a trustee of the Minneapolis Institute of Arts. During his long tenure he has donated two thousand gifts of art to the Museum. Since the 1990s these gifts have centered on Chinese art.

Together with his wife, Ruth, who has had a lifelong interest in Chinese art and philosophy, and with the advice of Robert Jacobsen, Dayton began collecting Chinese hardwood furniture for the Museum in the 1990s. Respectful of knowledge, and always curious, the Daytons have assembled a collection that includes virtually all classical traditions of Chinese art, and all periods of Chinese art history and philosophy. They have contributed over 800 superb works of Chinese art, hardwood furniture, and architecture currently exhibited in fourteen galleries. Highlights include a Ming Dynasty Reception Hall and a Qin Dynasty Scholar’s Library, both fully furnished with period furniture; a Qin Dynasty Imperial Throne; a magnificent bronze Celestial Horse from the Eastern Han Dynasty, a gilt bronze Pair of Flying Dragons from the Tang Dynasty; a southern Sung Dynasty wood sculpture of Seated Kuan-yin; and an early Ming Dynasty Dragon and Phoenix Vase. The Museum now has one of the largest displays of Chinese art in the United States.

Throughout the selection process, Dayton has placed the needs of the Museum ahead of his personal collection interests. He selected art works based not only on their beauty and rarity, but also with the educational mission of the Museum in mind. In 1992 he wrote that he receives ‘more satisfaction from giving a work of art to the Institute, where it can be enjoyed by many.’ As the museum became increasingly recognized for its classical hardwood furniture and original historic rooms, he quietly purchased for the Museum literati objects and more than three hundred classical paintings and calligraphies with an emphasis on the literati tradition. Concurrently, he built an excellent group of early lacquer objects, procured significant examples of Buddhist painting and sculpture, created a gallery for Tibetan art, amassed several hundred fine early ceramics, collected a group of rare illustrated books and sutras, and added spectacular ancient bronzes to the galleries. 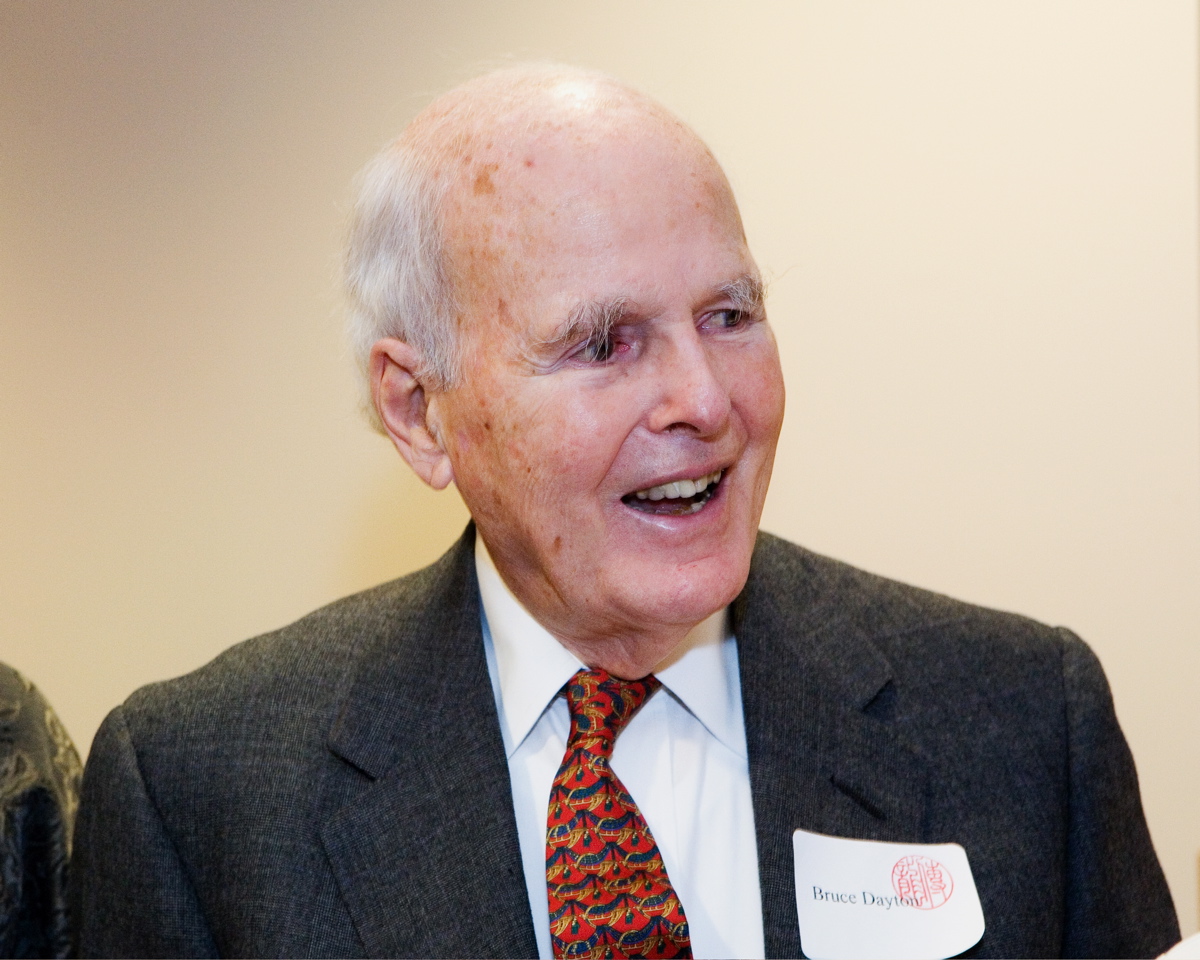 The Daytons have underwritten major publications on Chinese architecture and Chinese calligraphy for the Yale University Press, a six-part PBS series on the art of China, sponsored special exhibitions of Chinese art in Minneapolis and New York; helped fund three permanent-collections catalogues and two academic conferences at the MIA; and, in the process, helped raise the Chinese collections at the Museum to international status.

Dayton revered his grandfather, George Draper Dayton, founder of the Dayton’s Department Store, and, in his 1997 biography of him, articulated the family’s philosophy of giving back to the community. This philosophy, as practiced with humility and discretion by Dayton and other members of the family, has greatly influenced the development of ethical and community-minded corporate leadership and philanthropy in the Twin Cities and throughout Minnesota.

The Chinese Heritage Foundation honors Bruce Dayton, an exemplar of the Confucian gentleman scholar, for his high principles and standards; his humanity, charity, reverence of family, community spirit and leadership; and his lasting contributions to the understanding of Chinese art and literary traditions in the state of Minnesota.