1. Chamber Music Society of Minnesota – The first grant from the Dr. M.F.Tchou Memorial Fund went to The Chamber Music Society of Minnesota for the debut appearance of a new string quartet, Five Points, in January 2005. This New-York-based quartet includes three musicians who are either Asian or married to an Asian, all of whom have midwestern roots. The Chamber Music Society of Minnesota is committed to communication through the arts and, in 2001, presented the world premiere performance of Hún Qiáo [Bridge of Souls], A Concert of Remembrance and Reconciliation, that featured guest cellist Yo-Yo Ma, at the Ordway Center for the Performing Arts in St. Paul. This concert commemorated World War II in Asia and consisted of newly commissioned chamber works by composers from China, Korea, Japan and the United States. For more information, please visit www.chambermusicsocietymn.org 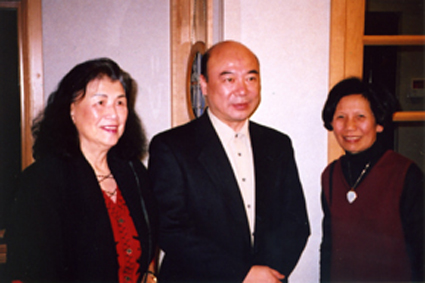 The second grant went to the World Voices of Minnesota for the commission of a new choral work by internationally acclaimed Chinese composer Zhou Long. For the concert titled, From Bombay to Beijing, Zhou composed a work titled Four Seasons, based on a set of Tong poems, for chorus and pipa. Pipa artist, Gao Hong, was the featured soloist. This concert was presented twice during the first weekend of March 2005. Zhou Long flew in from Kansas City for the occasion and was greeted enthusiastically by both chorus and audiences at both performances. Artistic Director Karle Erickson was very pleased with this work and plans to present it again in the future. 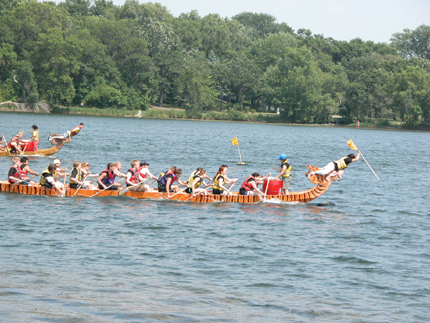 The first award from the Chinese Heritage Foundation Fund has gone to the Dragon Festival for presentation of its annual festival on Lake Phalen, St. Paul. 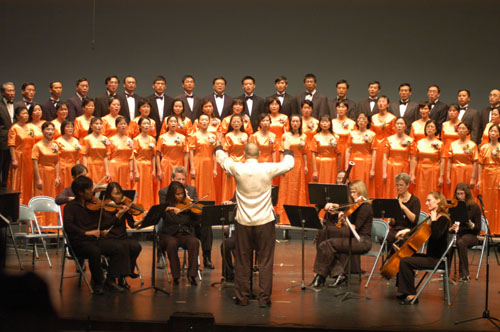 A grant from the Dr. M.F. Tchou Memorial Fund went to the MInhua Chorus for the regional premiere of the Yellow River Cantata.