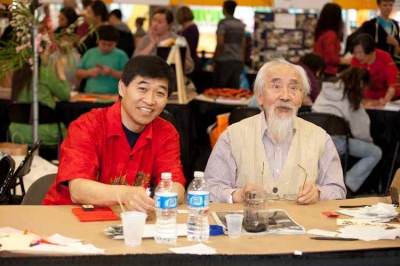 This talk investigates a classical tale of ancient China, The Three Kingdoms, tracing its transformation through time, across nations, and over different media platforms. Set in the third century, the story began as history, but was soon adapted to a variety of media: poetry, opera, novel, painting and, in the modern age, film, tv-series, animation, and video-game. This talk will outline the narrative that leads from history to fiction to game not simply to fix a classic, textual “origin” to contemporary media or suggest some kind of inevitable media evolution, but rather to bring 21st-century game and 16th-century text, ancient history and contemporary play together in a creative and at times surprising tension. What are the ludic attractions of a sixteenth-century novel?  What is the narrative of a game? How is a character developed in text and in pixels, in words, painting, or (computer) screen? And how is the noise and confusion of a third-century battle strategically programmed as a bewildering mix of songs and signals produced by Sony’s Playstation’s digital signal processing chip?

The Asia Colloquium is free and open to everyone.

For more information about the Asia Colloquia, please contact the Department of Asian Languages and Literatures at all@umn.edu

The Asia Colloquium Series presents an opportunity to discuss the most recent research of scholars working on some aspect of Asian Studies. At colloquia, invited scholars share their work and discuss theoretical and methodological issues that have relevance across national, regional, and disciplinary boundaries. The Asia Colloquium Series invites a range of scholars from other institutions, and from departments and graduate programs at the University of Minnesota.

The Asia Colloquium is free and open to everyone.

Many thanks to Pat Hui and the Pat Hui Fund for support for the Asia Colloquium.