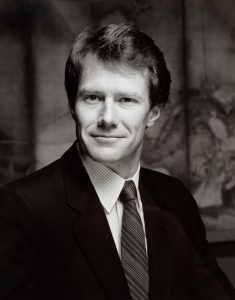 Robert Jacobsen grew up in Roseville, MN, and developed an early interest in art, woodworking, architecture, and photography.

He pursued several degrees at the University of Minnesota, first concentrating on art history and architecture.  Returning from an interim study at the University of Canterbury in New Zealand, he stopped off in Japan and promptly fell in love with its art and architecture.  Back at the University of Minnesota he decided to pursue a doctorate in Asian Art History with a minor in Chinese Language and Literature.  Upon completion he immersed himself in Chinese philosophy with two research residencies at the National Palace Museum in Taiwan.  He met his future wife, Patricia Thunnell, soon after he returned home and they were married in a Buddhist ceremony.

The 1970s were heady days in US/China relations.  The decade began with President Richard Nixon’s historic visit to China.  Embargo against China was lifted, and trade, including in Chinese art and antiquities, soon followed.

In 1976 Bob was appointed the interim curator of Asian art at the Minneapolis Institute of Art (Mia), subsequently becoming its founding curator.  He set about assembling a collection of Asian art and soon met Bruce Dayton, art collector extraordinaire and a longtime trustee at Mia, and his wife, Ruth, who was a dedicated practitioner of the Chinese philosophy of balance, the yin and yang. The confluence of the complementary interests of these three individuals, Bruce’s superb business

acumen, Ruth’s passion, and Bob’s discerning eye, led to an impetus to seize a window of opportunity, provided by the rapid opening of the Chinese art market, to acquire exquisite Chinese art objects at comparatively affordable prices.  Throughout the 1990s, this indefatigable trio assembled a world class comprehensive collection of Chinese art that encompasses all periods of classical traditions and each of China’s great formative philosophies.  Combined with Mia’s already impressive collection of Chinese jades and bronzes, Mia now holds an incomparable Chinese collection that is one of the best in the world, free for all visitors to enjoy.

Throughout all the exhibits in the ten Chinese galleries at Mia, Bob’s touch is palpable.  All his lifelong interests have coalesced to convey to the visitor a sense of serenity and balance that is central to Chinese art and philosophy. This is most evident in the Ming Dynasty reception hall and the Qing Dynasty scholar’s study, where architecture and exquisite wood furniture take center stage.

Along the way in their acquisition quest, Bruce, Ruth, and Bob also expanded substantially Mia’s holdings in Tibetan, Cambodian, Islamic, Japanese, and Indian art.   More over, Bob was a prolific writer and frequent speaker.  He had given hundreds of lectures on numerous subjects in Asian art, both popular and arcane.  He was an engaging communicator, conveying his deep knowledge with ease and humor, and showcasing exquisite objects

with photographs from his personal collection.  He was a gifted teacher as well.  Self-effacing and accessible, he earned the affection and high regard of all Mia docents and colleagues who had the good fortune to have come under his tutelage.  In addition to his many scholarly publications and hand books accompanying his many curated exhibits, Bob’s many books, notably Appreciating China, Imperial Silks, Classical Chinese Furniture, Celestial Horses and Long Sleeve Dancers, as well as his numerous documentaries with Twin Cities Public Television, such as Made in China, Fine Art from the Middle Kingdom, and Ming in Minneapolis, have left an indelible impact that will be felt for generations to come.

Bob also championed contemporary Chinese poets, calligraphers, and painters.  Meeting them in his frequent travels to China and Hong Kong, as well as at Minneapolis-based Hui Arts Gallery, he had formed deep friendships with many of them.  In 1997 he curated a retrospective, Mountain Thoughts, on noted artist Wucius Wong at Mia, and added his works, together with those of several others, to Mia’s permanent collection.

The quiet esthete has become a giant.