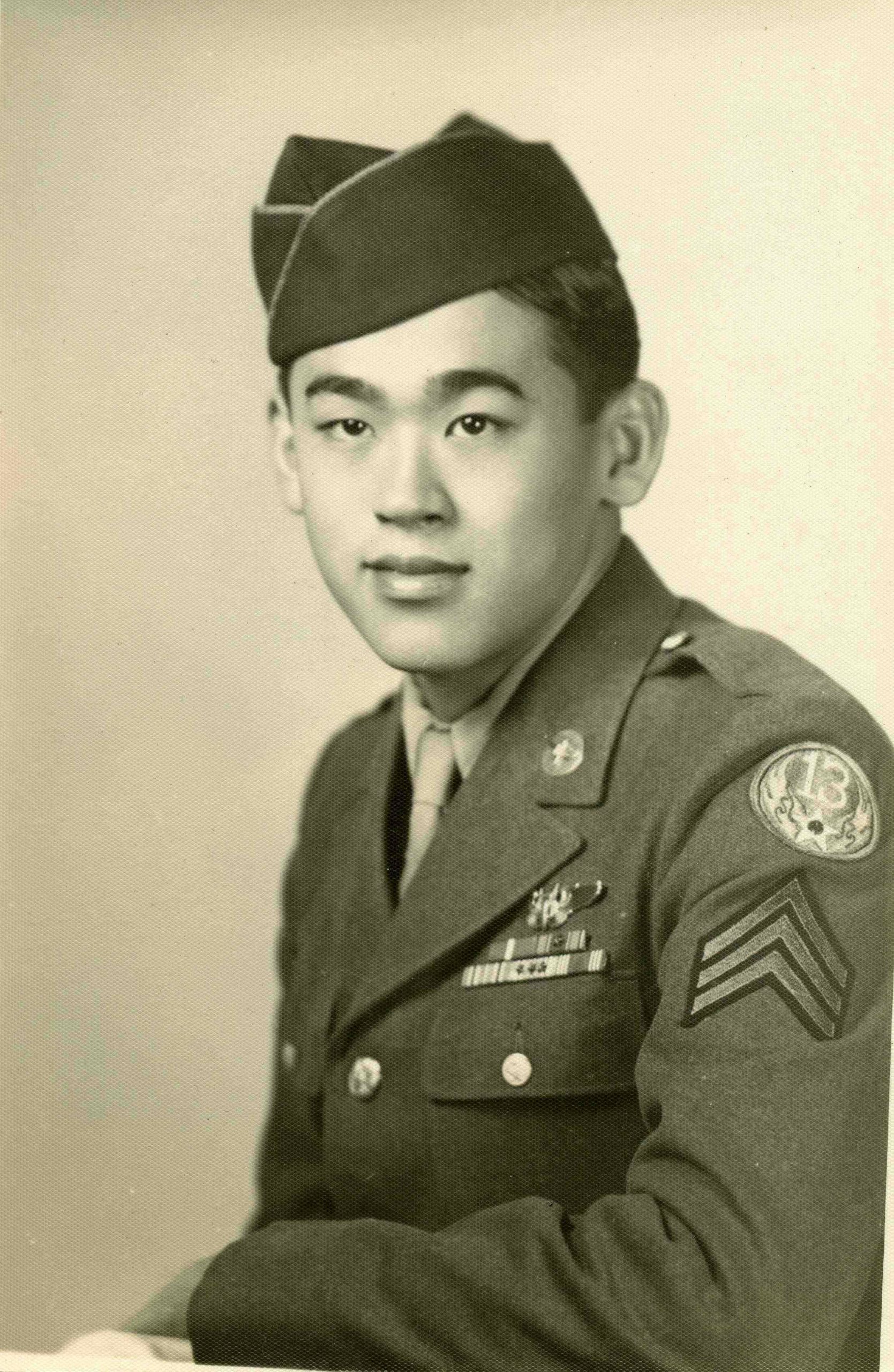 From the Memoirs of Robert Young Wong

I received my induction notice in November, 1943 and took my induction physical the following month. With a high entrance test score I was able to sign up for the Air Force and enroll in the Cadet Training Program. I graduated from the program in January 1944 and received my high school diploma at the same time.

Following basic training in Greensboro, NC, I signed up for Gunnery School and was sent to Laredo, TX, for training in sharp shooting. Upon completion I was sent to Lincoln, NE, and assigned to a plane crew. We then went to Boise, ID, to practice flying in tight formation. In the months that followed our crew developed such a tight camaraderie that to this day, sixty years later, I still remember everyone?s names and his respective responsibilities on our crew.

At the time the Japanese Army was launching paper balloons containing bombs that presumably would be propelled by the jet stream to the U.S. mainland where they would drop ballast as they lost hydrogen. One of our assignments therefore was to look out for these balloons and to break out of formation to shoot them down if we saw them. We never saw any, but I got very airsick from flying in these tight formations.

Following training we were shipped to the Philippines aboard a troop transport. We landed in Manila Bay right after ‘Dugout Doug’ had retaken Manila. There were still many dead bodies of

the Japanese Army on the beach: severed body parts and contorted faces caught in being hit by flamethrowers and grenades.

After operational training in New Guinea our crew was finally ready for combat. We joined the 442nd bomb group and the 72nd bomb squadron in Sammar. Our first combat mission was scheduled for August (1945), but the day before our mission, Japan surrendered.

Serving in the Air Force during WWII was a transforming experience for my father. An

average student in high school, he was informed by his guidance counselor to forget college and aim no higher than a trade school. However, fortified by the confidence-building experience in the Air Force and aided by the GI Bill, he decided to go to college when his tour of duty ended. He successfully completed both a B.S. and a M.S. in mechanical engineering and went on to a 30-year career at NASA as a rocket scientist in the research of turbine engines.

I have been researching the family businesses to learn more about the various restaurants, etc. that were part of my maternal family, when I came across this certificate for Tom F. Wong in my grandmother’s files. My maternal grandparents, Warren and Pauline Woo were restaurant owners of the Peking Café next to the Orpheum Theater for many years, then the Blackhawk café on Nicollet and Peking Noodle factory on 3rd Ave So in the 1940s and 1950s. To my knowledge, Tom F. Wong is not a relative on the maternal side, and is also not my father’s brother, who was Tom J. Wong and who was in the Navy.  I have enclosed a copy of the certificate in hopes that you may know who his relatives are so I can return the certificate to them.  I have searched ancestry.com, the Marine muster rolls for WWII and checked with all my current relatives without any luck.

Editor’s Note:
Dear Readers,
If you know any of the people mentioned by Robbie Wong, particularly Tom F. Wong, please contact us at admin@chineseheritagefoundation.org.  We would love to help return this precious certificate to his descendants.  Thank you!