The Wongs at Lower East Side Tenement Museum

from Common Space, an article by Lisa Selin Davis that appeared in the winter, 2018 issue of Preservation, the magazine of the National Trust for Historic Preservation: https://savingplaces.org/stories/the-tenement-museum-explores-the-lives-of-three-post-world-war-ii-families#.WzOdiy2ZO3c 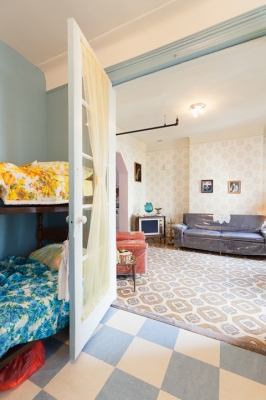 Founded in 1988 by historians Ruth Abram and Anita Jacobson, the Lower East Side Tenement Museum (http://www.tenement.org) is housed in a former tenement building at 97 Orchard Street in New York City.  In 2006 it purchased another tenement building down the street at 103 Orchard and set out to restore a 1,000-square-foot apartment in the building. In this apartment, now open as an exhibt, the Museum reinterprets the stories of three immigrant families who lived there in the 1950s to 1970s.  Titled Under One Roof, the apartment tells the stories of three immigrant families: the Epsteins, a Polish Jewish family; the Saez Velezs, a Puerto Rican family; and the Wongs, a Chinese family. 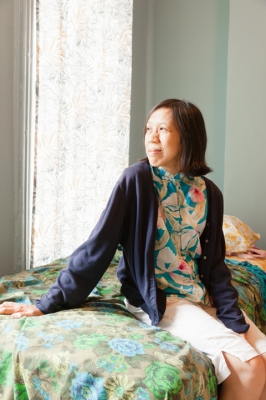 The Museum staff tracked down all three families and conducted oral-history interviews with them and their children.   The families shared stories of their daily lives, photos of what the different spaces in the apartment looked like while they were tenants, and donating their own clothes and décor for the exhibit.

The Wongs had four children: three girls and one boy.  The three girls shared a bedroomwhich had been recreated in the exhibit, complete with 1970s-style flowered bedspreads on both the single and the bunk beds. 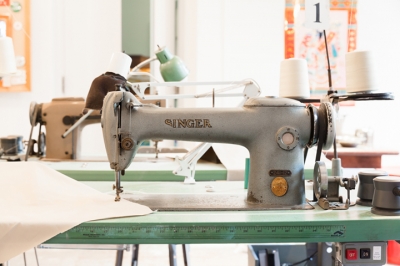 Right outside this bedroom there was a replica of a garment factory from that time, commemorating Mrs. Wong’s long working hours at one of these factories in the 1980s. 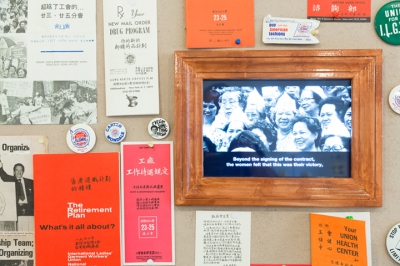 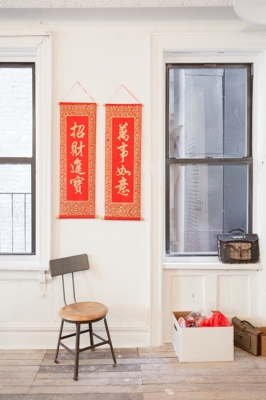 In conclusion, author Lisa Selin Davis writes: “Under One Roof is a reminder of New York City’s demographic waves and the effect they’ve had on our nation, of the diversity that has defined America.  It is not an exhibit about migration or immigration, or about architecture.  It’s about what it means to live in a diverse neighborhood, city, and country.  It’s about the way different cultures get written onto the building.  The people who pass through leave their mark.  It’s about how much more similar we are than different.”