Through word of mouth, various groups/institutions around the Twin Cities are calling CHF when they are looking for information about Chinese culture. Our Calligraphy Team is ready and willing to participate in activities to which we are invited. Our fees are reasonable and often free/nominal for nonprofit groups. All fees generated go towards activities organized by CHF. It has been a busy year for us: 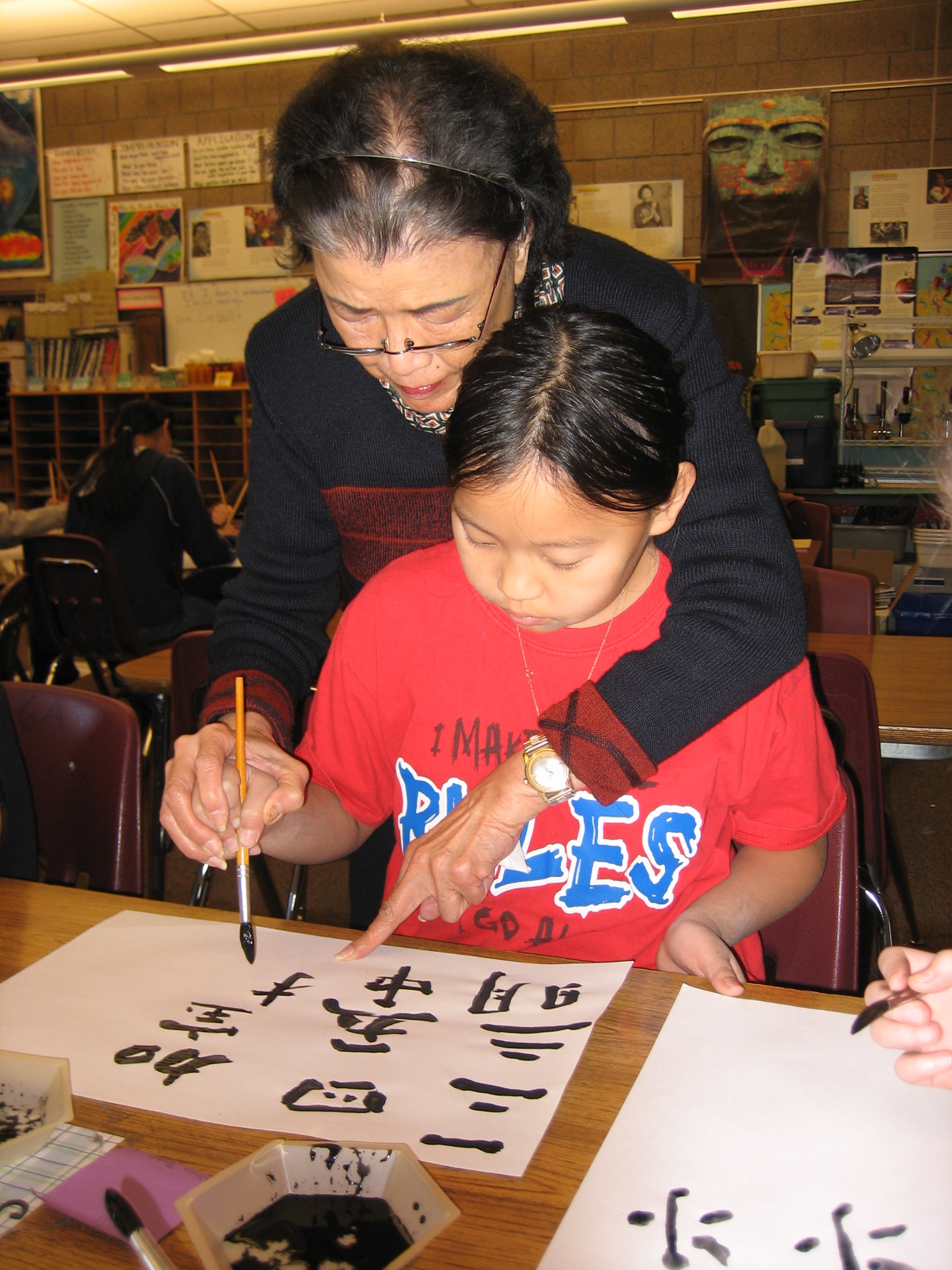 Jackson Grade School, St. Paul – David Lam delivered a short lecture on the history and evolution of Chinese calligraphy to a group of eager and gifted fifth/sixth graders. Afterwards our Calligraphy Team, David (translator), Rev. Stephen Tsui and Ming Tchou (calligraphers) and Pearl Lam Bergad (explainer) gave everyone a Chinese name and guided everyone in a lesson in Chinese calligraphy.

Target Headquarters – David Lam delivered a slide presentation on the lunar new year to a diversity celebration on February 20. David discussed the origin of the Chinese lunar calendar, its widespread acceptance throughout Asia, and the many related customs developed in different countries. The presentation was broadcast to Target’s campus in Golden Valley from its headquarters in downtown Minneapolis, and was very well received.

General Mills – For its lunar new year celebration at the Jun Bo Restaurant on February 24, General Mills invited our Calligraphy Team to come and translate names for its attendees, We did over 100 names for a steady stream of interested participants.

Wells Fargo – For its Celebration of Diversity at the Earle Brown Heritage Center on June 21 Wells Fargo invited our Calligraphy Team to come to translate names and demonstrate calligraphy. Our regular team was joined by 93-year-old Moon Fong who dazzled everyone with her steady hand and wonderful calligraphy. After a crowded two hours the queque had to be discontinued so that the previously scheduled programs could commence! We promised to return next year.

Dragon Festival – It has now become a tradition that we send our Calligraphy Team to the annual Dragon Festival at Lake Phalen. This year the Festival took place on July 14 and 15. Our team resides at the Headquarters Tent and translates names for Festival goers. All proceeds benefit the Dragon Festival. 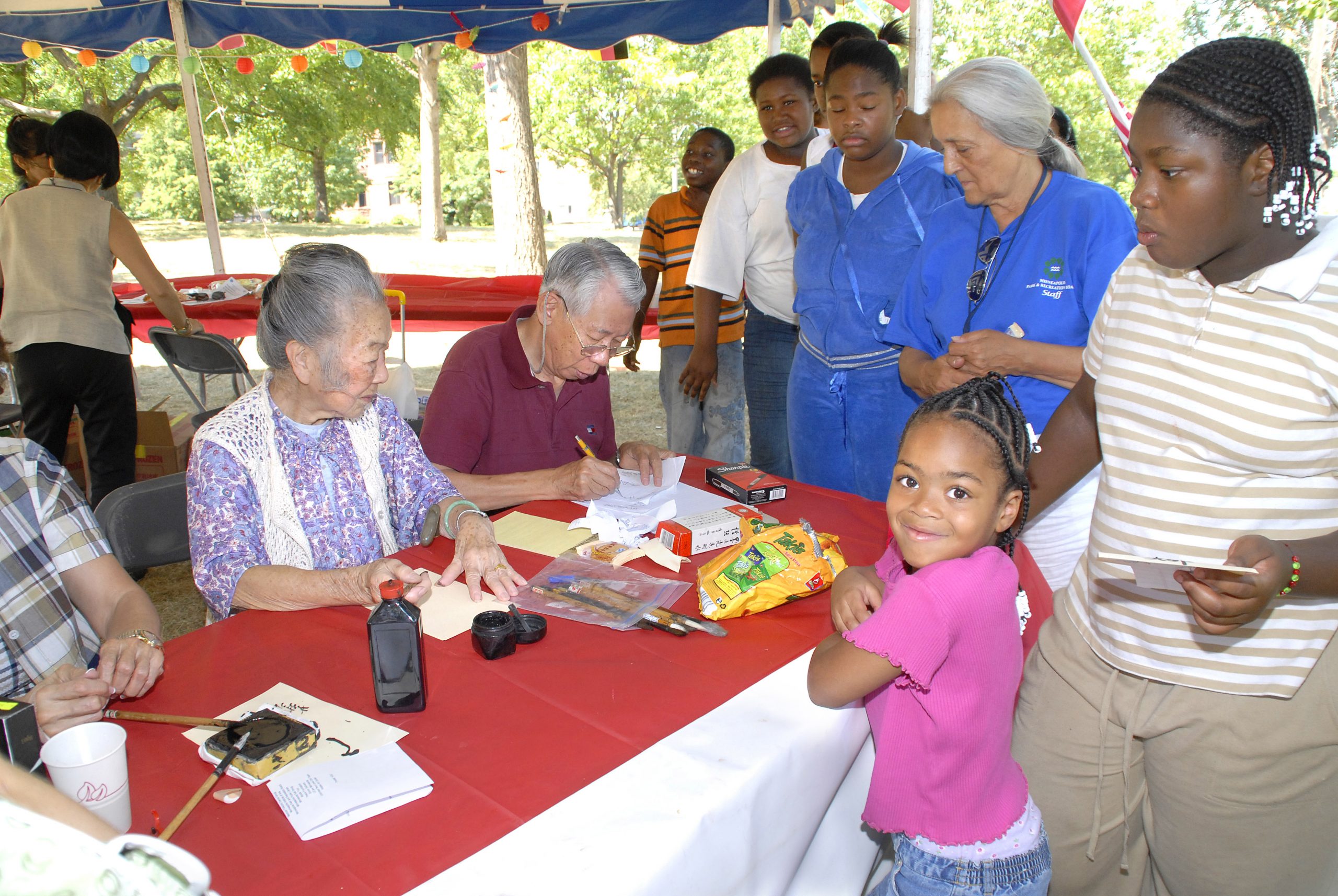 Peace Games at Washburn Fair Oaks Park on August 9. On a sun-drenched afternoon we engaged many young students of diverse backgrounds in easygoing banter and name translation. These occasions are invaluable in promoting cross-cultural understanding.

The Team was also on hand at the Ordway Theatre before a Chinese dance performance by a CA troupe.  Local Chinese dance companies also participated in the lobby area, creating a celebratory atmosphere.