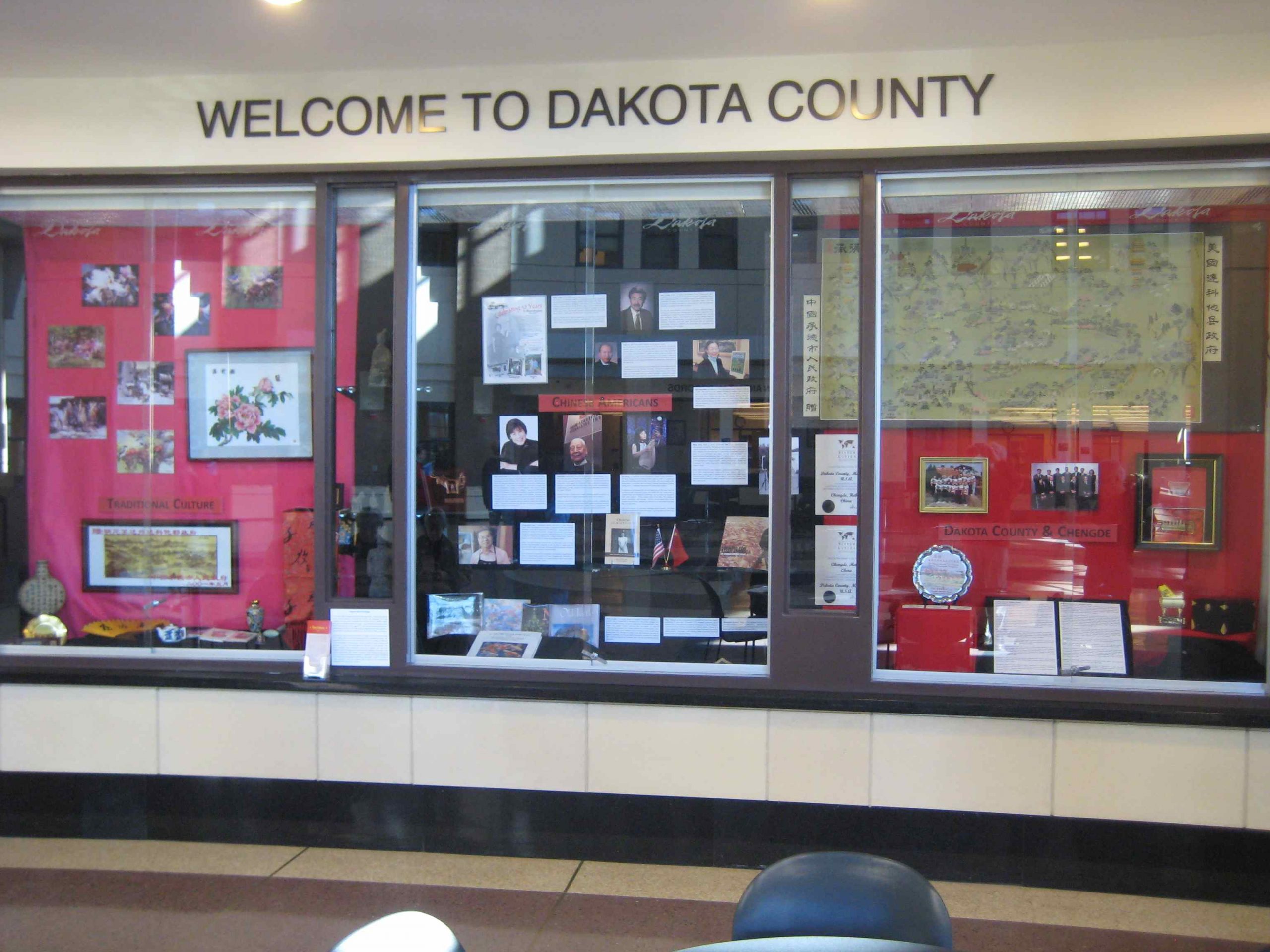 In the spring the Dakota County Public Art Citizen Advisory Committee presented the fourth installment of its Three Cultures series of exhibits on China. The exhibit was viewed through three different lenses. The first was through the County sister relationship with Chengde in China. The second was a reflection of key elements of traditional Chinese culture. The third was the perspective of Chinese Americans who had moved into Dakota County. CHFF provided many artifacts to showcase Chinese culture in its second objective, and collected and provided biographical information on prominent Chinese Americans in Dakota County.