A Leisurely Evening at a Chinese Home 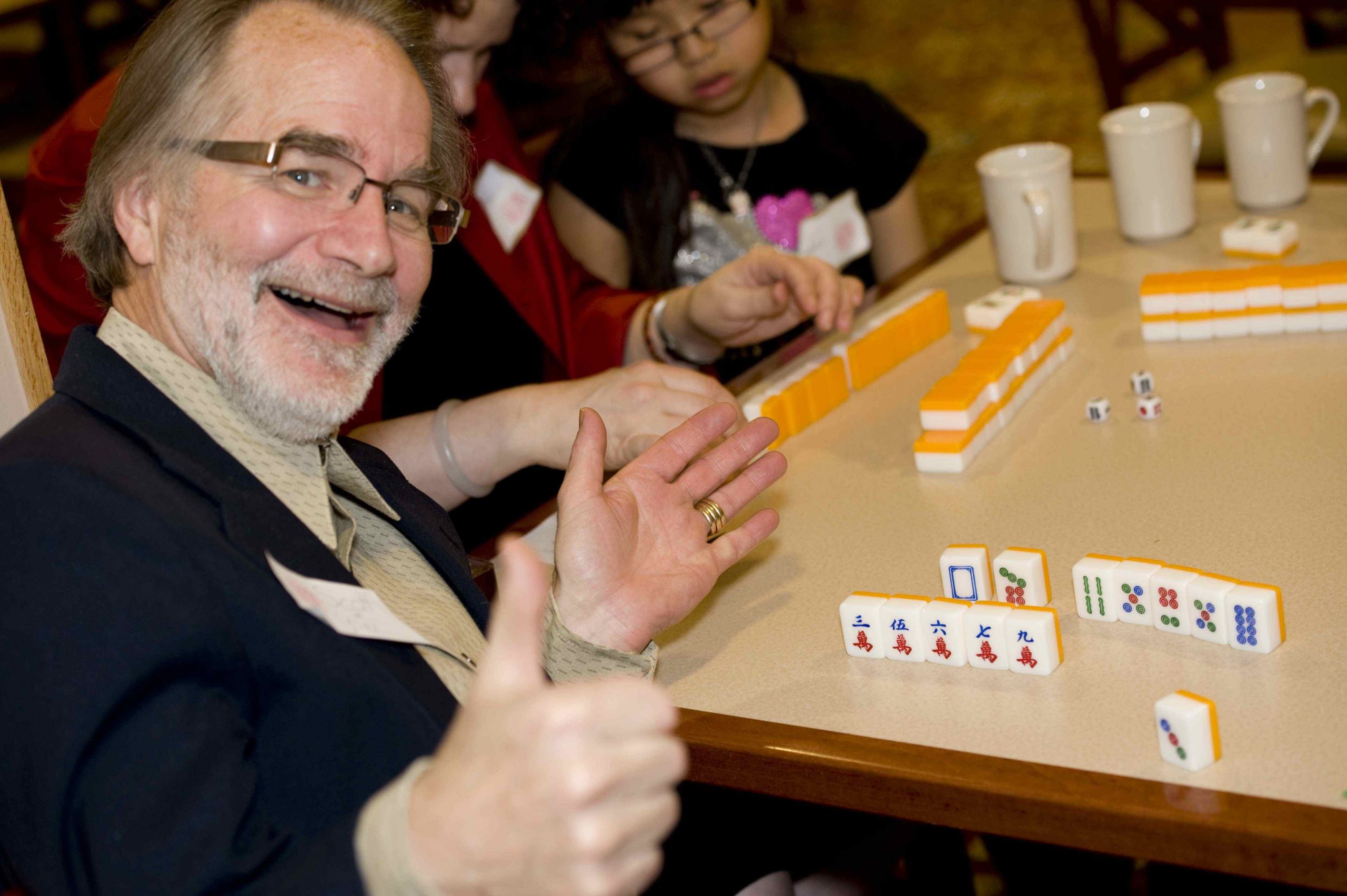 On March 18 the Chinese Heritage Foundation Friends launched its occasional series of activities at Gramercy Park. Titled A Leisurely Evening at a Chinese Home, this series attempts to reproduce an evening in a traditional multigenerational Chinese household in a simpler time. In many ways it succeeded: the ages of attendees stretched from 3 months to 96 years old! The 3-month-old luxuriated and slept contentedly in the many pairs of loving arms that enveloped him, while his 2-year-old brother played the Chinese game of 5-piece chess with gusto with his much older challengers. Elsewhere therewere tables of intense mahjong players sitting next to novices who were just trying to recognize and sort out the tiles. The quiet, complacent bridge-playing table on the other side made clear why laughter and chatter make mahjong such a social activity. The strolling elders, nodding appreciatively at the table showcasing paper cutting, shared laughter with each other, completing this picture of harmony and fun. Asian Max Catering provided a satisfying buffet dinner.

A Leisurely Evening of Jade Appreciation at a Chinese Home 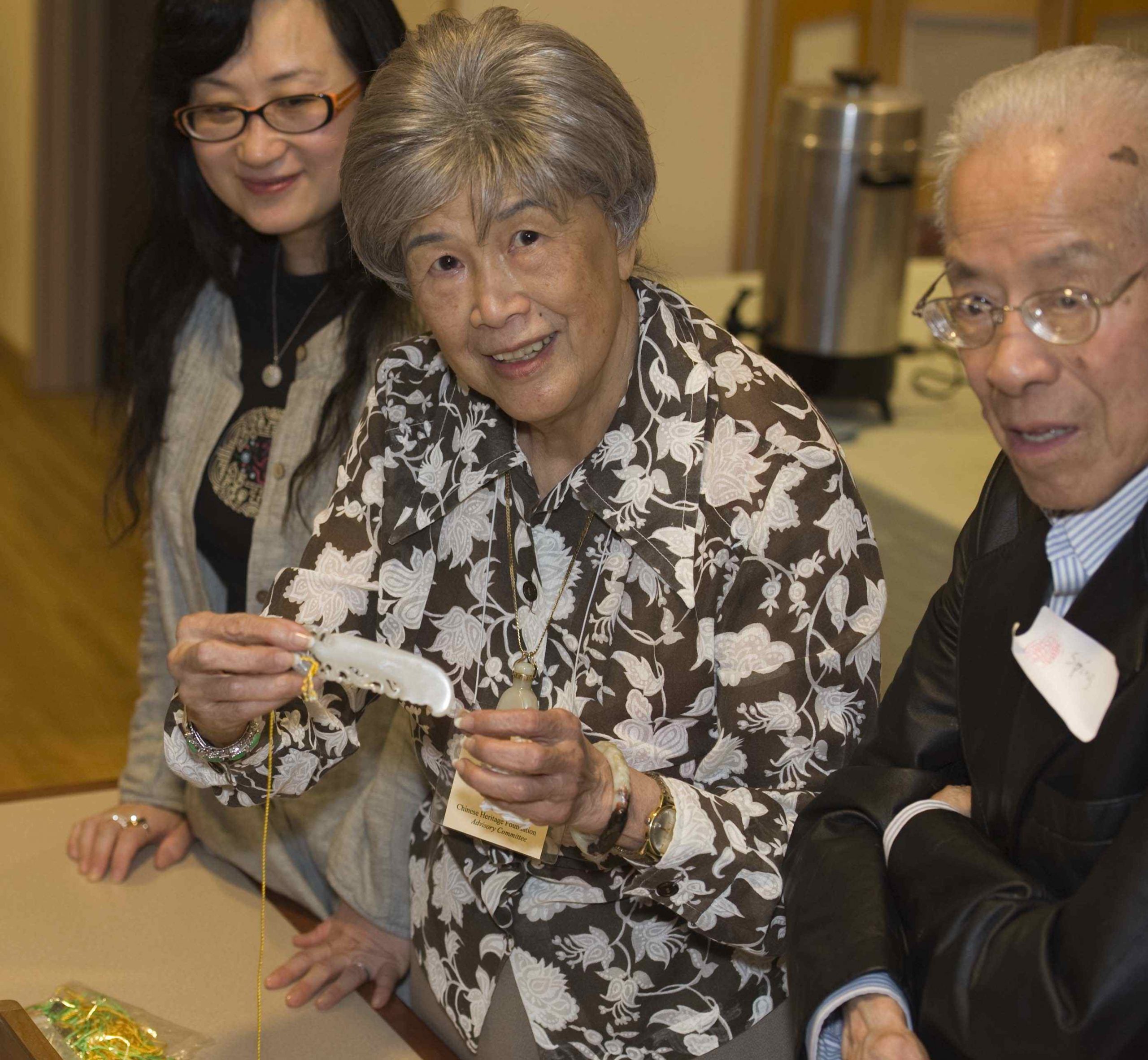 On May 20 the Chinese Heritage Foundation Friends continued its occasional series, A Leisurely Evening at a Chinese Home, at Gramercy Park. Adding jade appreciation as an educational component to the evening saw many attendees bringing their family heirlooms as well as recent acquisitions for all to enjoy. A sparkling jadeite bangle bracelet found a companion in a variegated nephrite one, while a translucent white phoenix looked over its shoulders at a ‘mutton fat’ little boy bearing a bat (the word ‘bat’ in Chinese is a homonym to ‘blessings’ and therefore a symbol of good fortune) on his back. How does one explain to an innocent 9-year-old that the chocolate brown color in a white jade bangle is really not due to it having been buried once with a corpse and therefore stained by the blood of the deceased, as legends would have it? Everyone was deeply appreciative of the willingness of everyone else for bringing in cherished objects and sharing the family stories behind them. We were all richer because of them. In between jade jam sessions, many novices at mahjong congregated at two tables to unravel the mysteries behind the tiles. Similarities to bridge notwithstanding, the seemingly infinite possibilities of pairings and sequences within each ‘suite’ continued to confound. The tactile satisfaction of feeling the carving on the individual tiles added to the game’s fascination. No wonder it is touted as an invigorating game for seniors! As the evening drew to a close, young and old alike, satiated with good food from Golden Bamboo Catering and relaxed from easygoing conversations, smiled and bid each other farewell, until the next time.