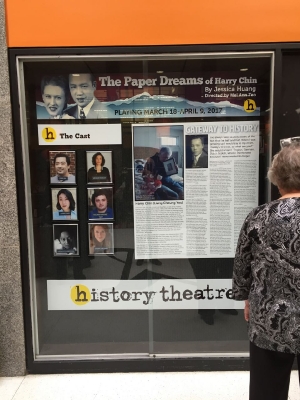 On a bright March Sunday CHF, in collaboration with the History Theatre, presented CHF Day at History Theatre during its world premiere run of The Paper Dreams of Harry Chin. Written by upcoming Chinese American playwright Jessica Huang, this play told the heart-wrenching story of Harry Chin, a ‘paper son’ from TaiShan, a village in Guangdong Province in China.

CHF had participated in the creative journey of this play since the beginning. We attended readings and round-table discussions, and it was at one of these readings that Jessica Huang realized that the general public in 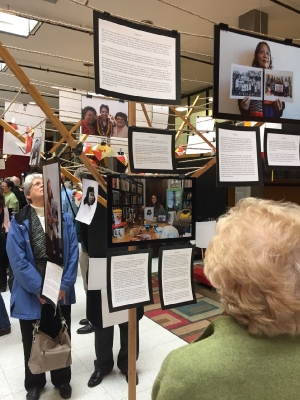 Minnesota did not know what a ‘paper son’ was. She decided to expand the part of Harry Chin’s traumatic experience at Angel Island where he was repeatedly interrogated by immigration officers hoping to find holes in his story. Her ‘teaching moment’ was later amplified when the History Theatre later on invited noted photographer Wing Young Huie to present an exhibition on ‘paper sons’ in the lobby of the Theatre during the entire run of The Paper Dreams of Harry Chin. 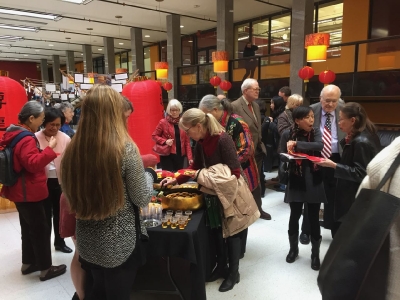 For CHF Day CHF collaborated with the History Theatre and gave away close to 100 free tickets to Chinese American students and $10 tickets to anyone in the Chinese community. There were close to 200 Chinese Americans in the audience for the matinee performance of Paper Dreams. Many stayed afterwards at the CHF reception and several were children of ‘paper sons’ who found the invitation to remember their fathers on the remembrance tree created by Wing Young Huie particularly meaningful. We were energized by this strong showing of interest in theatre that reflects on our own history and will plan to encourage more such productions in the future.