Engaging the Young While Remembering the Old

On a brilliant Sunday afternoon close to 100 people came to the Chinese Heritage Foundation’s 7thannual open house at Gramercy Park to celebrate another eventful year in the Foundation’s young history. Under the watchful eye of gourmand Yin Simpson a festive table of hors doeuvres (hot crab dip, tea leaf eggs, peanut puffs, almond cookies, pea pod chips and fresh fruit, etc.) greeted attendees upon their arrival. A warm hum of conviviality abounded as old, as well as newly found, friends sat next to each other and got caught up on community news. 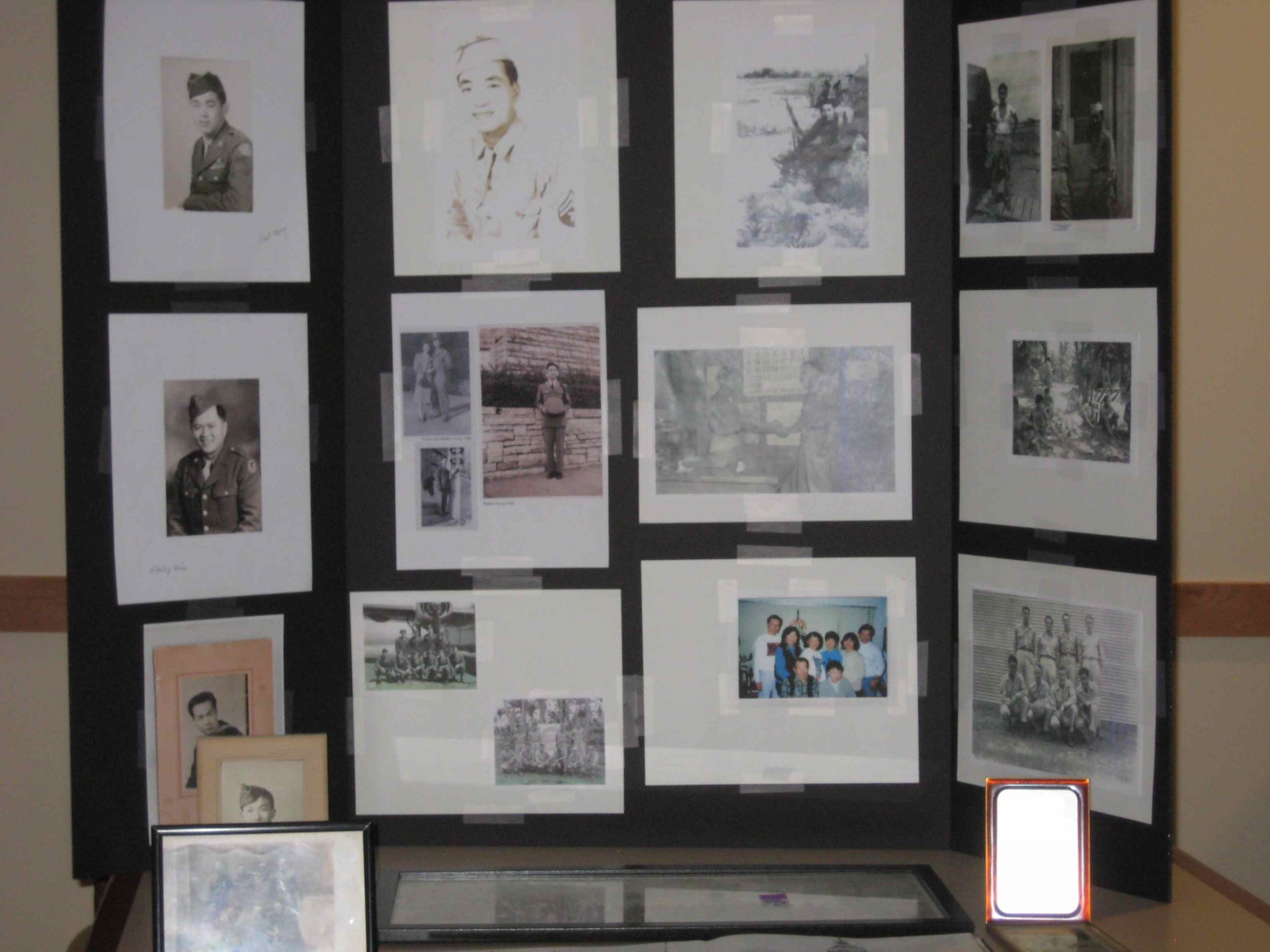 The theme for this year’s program centered on engaging the young while remembering the old. Ida Lano began the program by introducing the Foundation’s grant recipients, many of them young students, from the past year. 13-year-old Sarah Becker attended the National History Day competition in Washington D. C., while second and third graders at Yinghua Academy were treated to an engaging lecture/recital by cellist Evan Drachman and pianist Mary Au. Two recent graduates of Patrick Henry High School were able to attend a weeklong training and performing arts program, in Chinese, at the International Meeting of the Confucius Institute headquarters in Beijing, China. Following along a student’s path, Dr. Gary Cohen, chair of the History Department at the University of Minnesota, gave an update on the CHF endowed graduate fellowship in his department. To date, three CHF fellows have completed their Ph. D. programs and returned to Mainland China and Taiwan to begin their teaching careers.A concert by the China National Broadcasting Chorus, organized by the Minnesota Chinese Dance Theater, rounded out the Foundation’s grant activities. 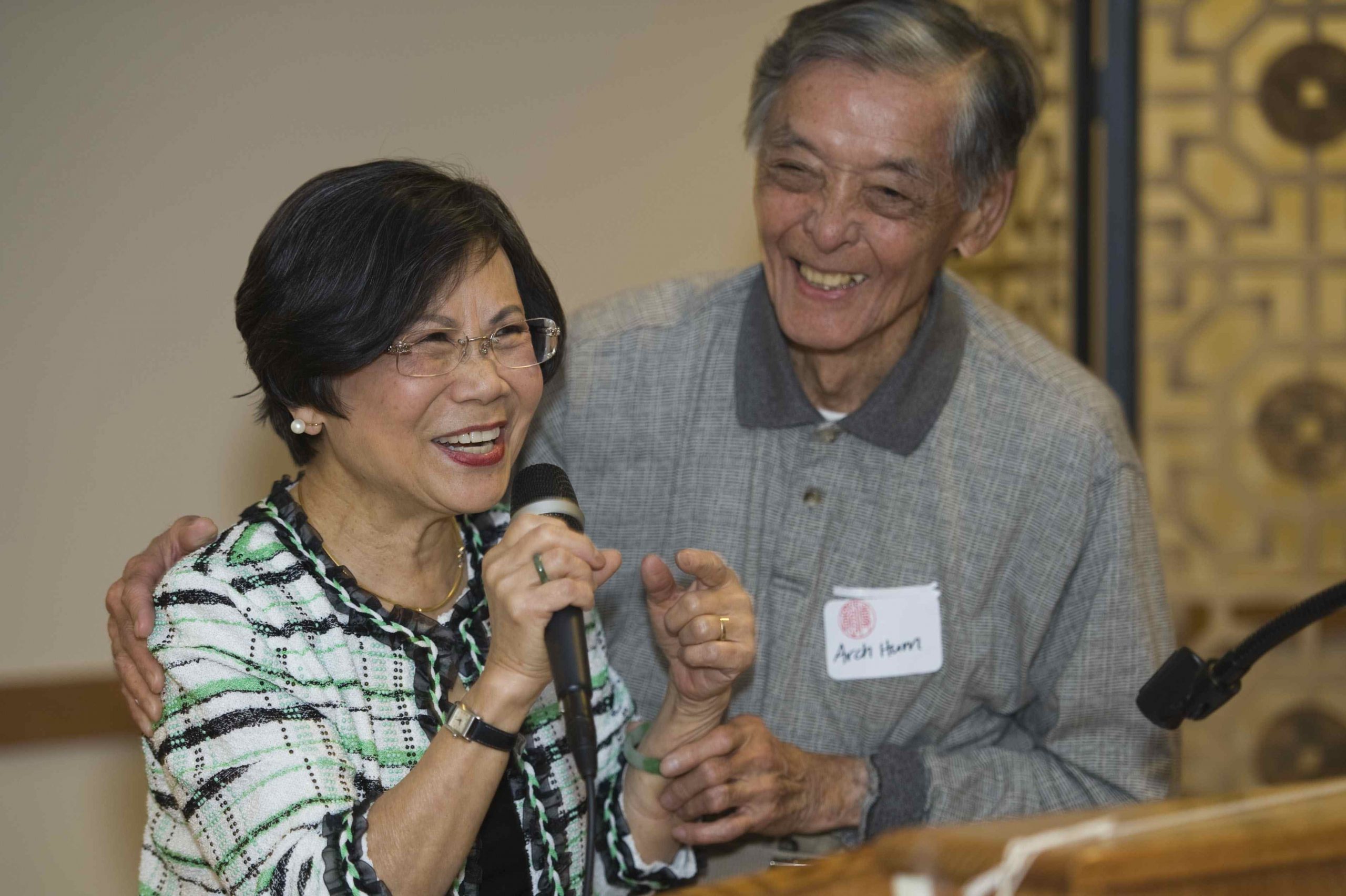 Margaret Wong then introduced the Foundation’s Chinese Minnesotans of Note awards for 2011. The recipients were the 19 Chinese American young men who served in the U. S. military forces during WWII. Families of several of the deceased veterans were on hand to receive posthumous award certificates on their behalf. Among them were families of William, Thomas and Robert Wong (Betty Hum), Albert Wong (Mary and Mona), Phillip Huie (Leslie Huie, Maryanne Lo and Oy Anderson, John and Carol Huie), Fred Wong (Pearl, Judy, Karen, Patricia, Janice and Ronald), Danny Woo (Lila and Linda), Richard Hom (Blanche, Daniel and Chris Fong), Albert Hum (Allen). Families of George Sing Gee and Walter Hong were not able to be present. Of the two veterans currently residing in the Twin Cities, Fred Hum was too frail to travel. But Archie Hum, accompanied by daughter Missy and her husband, was on hand and generously shared his reminiscences of his WWII times in the Philippines. At present the Foundation has little information on the following veterans and would appreciate any information on them: Bing Hum, Henry Lee, Lim H. Wo, Harlan Wong, and Walter T. Wong.

For many of these veterans, this was the first time their valor was publicly recognized. While it 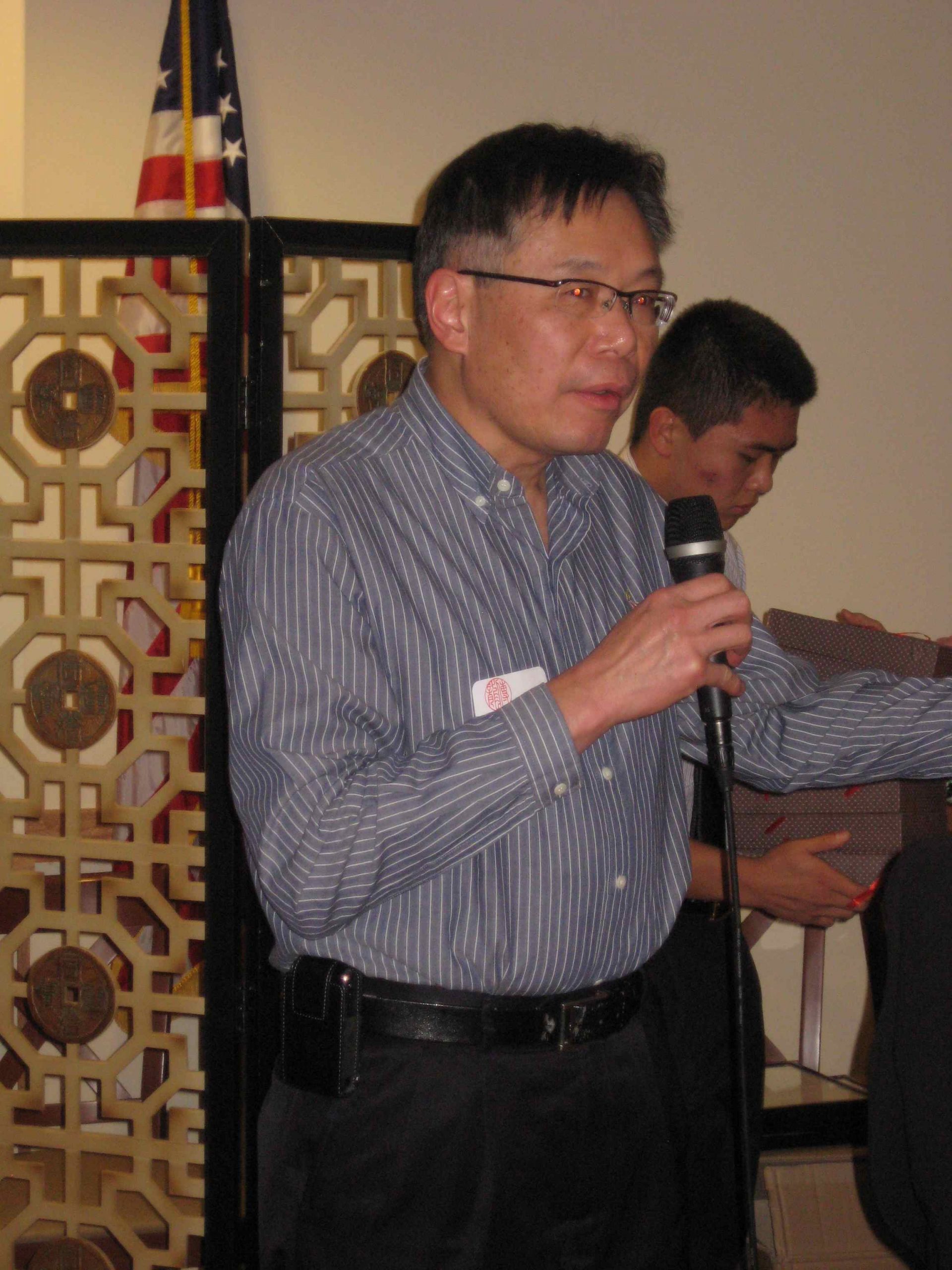 was unfortunate that it did not come during many of their lifetimes, their surviving families were visibly moved by this belated recognition. They were appreciative of CHF’s goal to keep this little-known history of our community alive and expressed their quiet pride in their husbands/fathers in different ways. Some wanted their mothers to savor that public recognition moment alone, while others chose to stand with them. Ron Wong spoke eloquently of his father’s (Fred) abiding dedication to his adopted country and recalled many family vacations centered around visiting military bases. All survivors expressed their heartfelt appreciation for this spotlight on their loved ones.

CHF Friends chair Greg Hugh concluded the program with a brief report on the Foundation’s acclaimed annual outreach event, A Passage to China, at Mall of America last April. The dates for 2012 will be April 21 and 22. As attendees bid each other good byes, the Foundation looks forward to another year of meaningful pursuits in our community.

For more information on the Foundation, please visit www.chineseheritagefoundation.org.

A Leisurely Evening at a Chinese Home On March 18 the Chinese Heritage Foundation Friends launched its occasional series of activities at Gramercy Park. Titled A Leisurely Evening at a Chinese Home, this series attempts to reproduce an evening in a traditional multigenerational Chinese household in a simpler time. In many ways it succeeded: the ages of attendees stretched from 3 months to 96 years old! The 3-month-old luxuriated and slept contentedly in the many pairs of loving arms that enveloped him, while his 2-year-old brother played the Chinese game of 5-piece chess with gusto with his much older challengers. Elsewhere therewere tables of intense mahjong players sitting next to novices who were just trying to recognize and sort out the tiles. The quiet, complacent bridge-playing table on the other side made clear why laughter and chatter make mahjong such a social activity. The strolling elders, nodding appreciatively at the table showcasing paper cutting, shared laughter with each other, completing this picture of harmony and fun. Asian Max Catering provided a satisfying buffet dinner.

A Leisurely Evening of Jade Appreciation at a Chinese Home On May 20 the Chinese Heritage Foundation Friends continued its occasional series, A Leisurely Evening at a Chinese Home, at Gramercy Park. Adding jade appreciation as an educational component to the evening saw many attendees bringing their family heirlooms as well as recent acquisitions for all to enjoy. A sparkling jadeite bangle bracelet found a companion in a variegated nephrite one, while a translucent white phoenix looked over its shoulders at a ‘mutton fat’ little boy bearing a bat (the word ‘bat’ in Chinese is a homonym to ‘blessings’ and therefore a symbol of good fortune) on his back. How does one explain to an innocent 9-year-old that the chocolate brown color in a white jade bangle is really not due to it having been buried once with a corpse and therefore stained by the blood of the deceased, as legends would have it? Everyone was deeply appreciative of the willingness of everyone else for bringing in cherished objects and sharing the family stories behind them. We were all richer because of them.In between jade jam sessions, many novices at mahjong congregated at two tables to unravel the mysteries behind the tiles. Similarities to bridge notwithstanding, the seemingly infinite possibilities of pairings and sequences within each ‘suite’ continued to confound. The tactile satisfaction of feeling the carving on the individual tiles added to the game’s fascination. No wonder it is touted as an invigorating game for seniors! As the evening drew to a close, young and old alike, satiated with good food from Golden Bamboo Catering and relaxed from easygoing conversations, smiled and bid each other farewell, until the next time.

Calligraphy Team Activities The Calligraphy Team has been highly popular and active this year. It celebrated Chinese New Year with visits to Normandale French Immerion Scool, Midtown Global Market and the Marsh. It offered both name translation, fortune telling, paper cutting instructions and an occasional lion dance. For Asian Pacific Heritage Month calligrapher Stephen Mao offered a lecture demonstration on the origin and evolution of Chinese calligraphy at Hennepin County Library in Plymouth. During the summer the team participated at Peace Games offered by the Minneapolis Parks and World Fest in Blaine. It rounded off the year by visiting Yinghua Academy on grandparents day and Stephen Mao and Stephen Tsui talked about World War II, foods of Taiwan and Mainland, and different currencies in use in Taiwan, Hong Kong and Mainland.