How to celebrate a tradition and embrace the new at the same time? For CHF, the answer lay in mixing the two in an eclectic array of real traditional practices and simulated fun: roasted suckling pig and fresh vegetables poached to retain maximum nutrients and texture; fortune telling and a speed getting-to-know-you game; and bowing respectfully to elders and celebrating the young in a mock firecrackers game.

The event, at the Gramercy Park party room, drew a capacity crowd 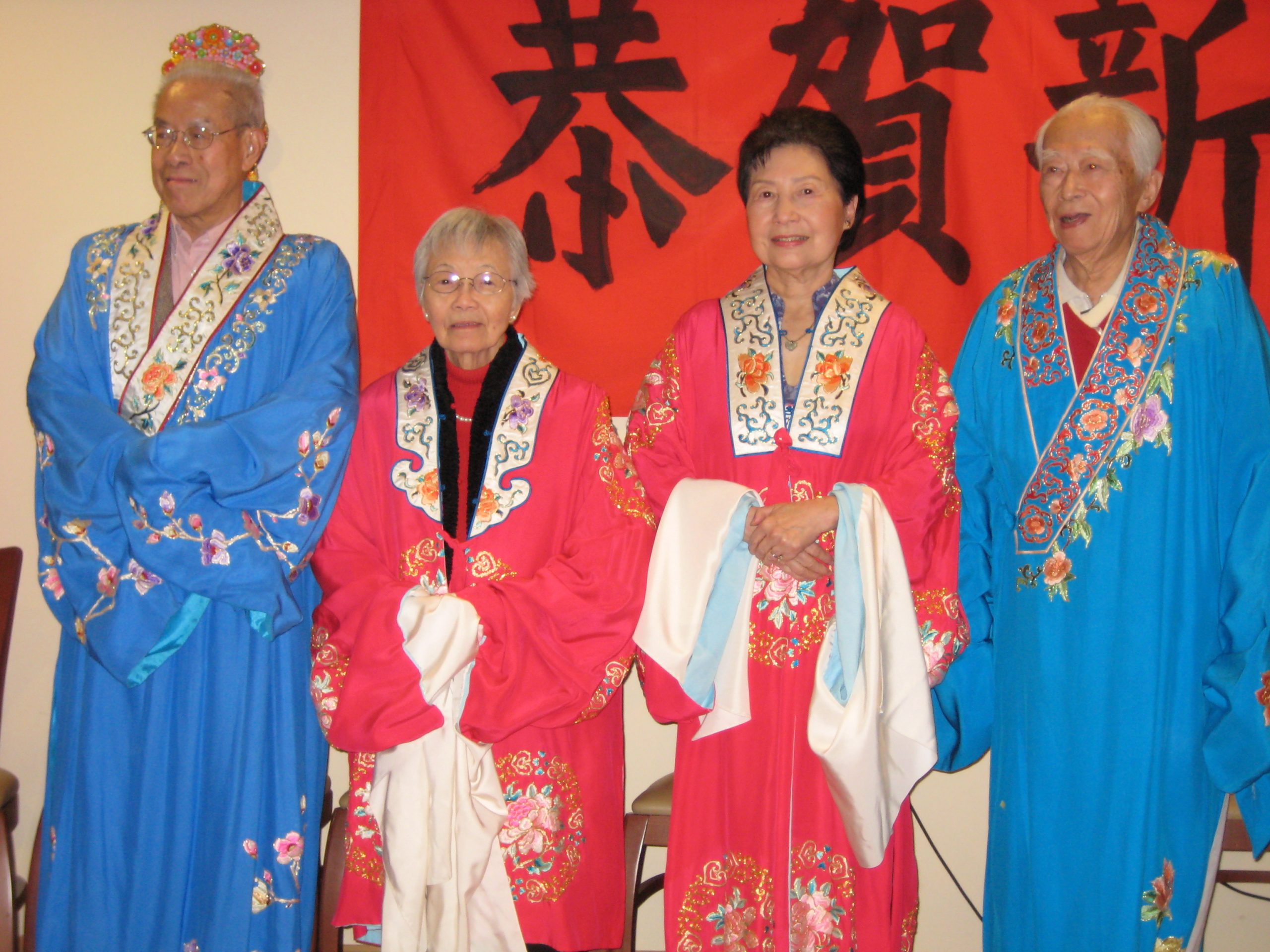 consisting of both CHF members and newcomers. There was a lot of chatting going on as newcomers got acquainted with each other and old members renewed their friendships of old. The food, prepared jointly under the careful supervision of Yin Simpson and Bob Bergad, was a hit, pleasing to the eye and enticing to the palette. One member commented, ‘I have never eaten so well and so healthy!’ Bob’s ginger cookies flew off the platter in record time. He could have made twice as many and have none left over. 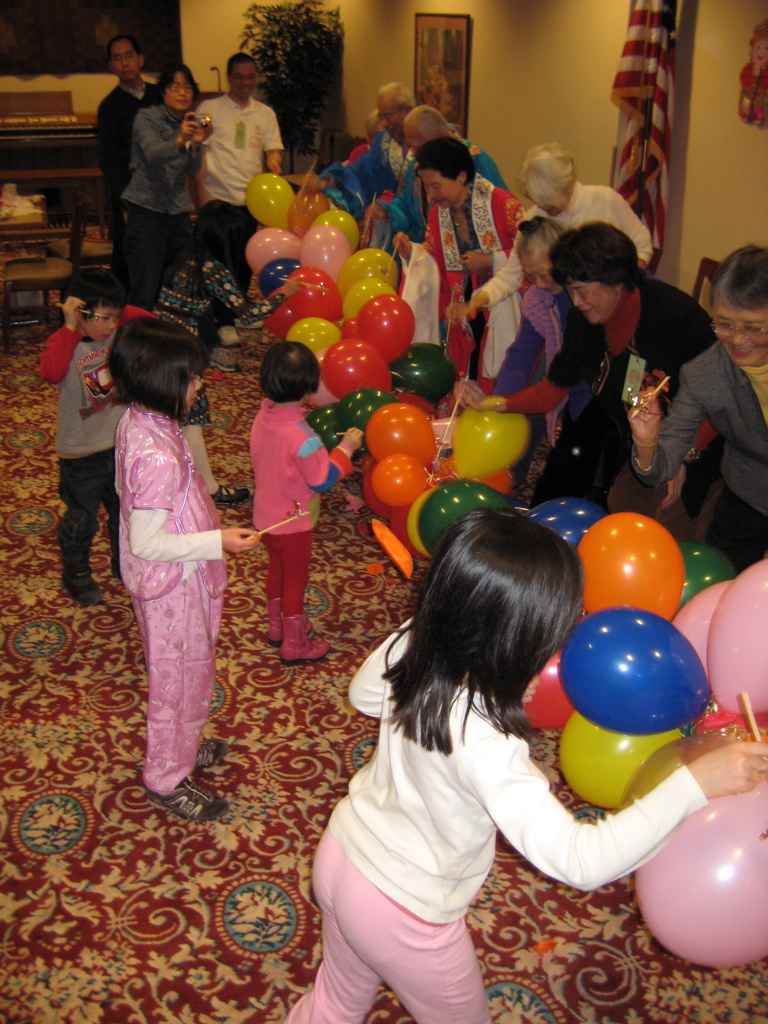 Ming Tchou, our president, delighted in the hugs she received from the children and single, young adults who came to greet her and to receive their hong bao. Margaret Wong led everyone through a game of fun facts about Chinese New Year and introduced our Emperor and Empress of the evening, George Maverick and Cindy Bai. Clad in hand made imperial robes, they were joined by Dr. & Mrs. C. C. Hsiao and Dr. & Mrs. Sping Lin, also dressed in traditional finery, nd together they bestowed their blessings on us common folk on this auspicious occasion. The evening’s festivities were capped by the young and old setting off firecrackers together: only this time popping balloons took the place of real firecrackers. Judging by the sound and excitement created, who would have known the difference?