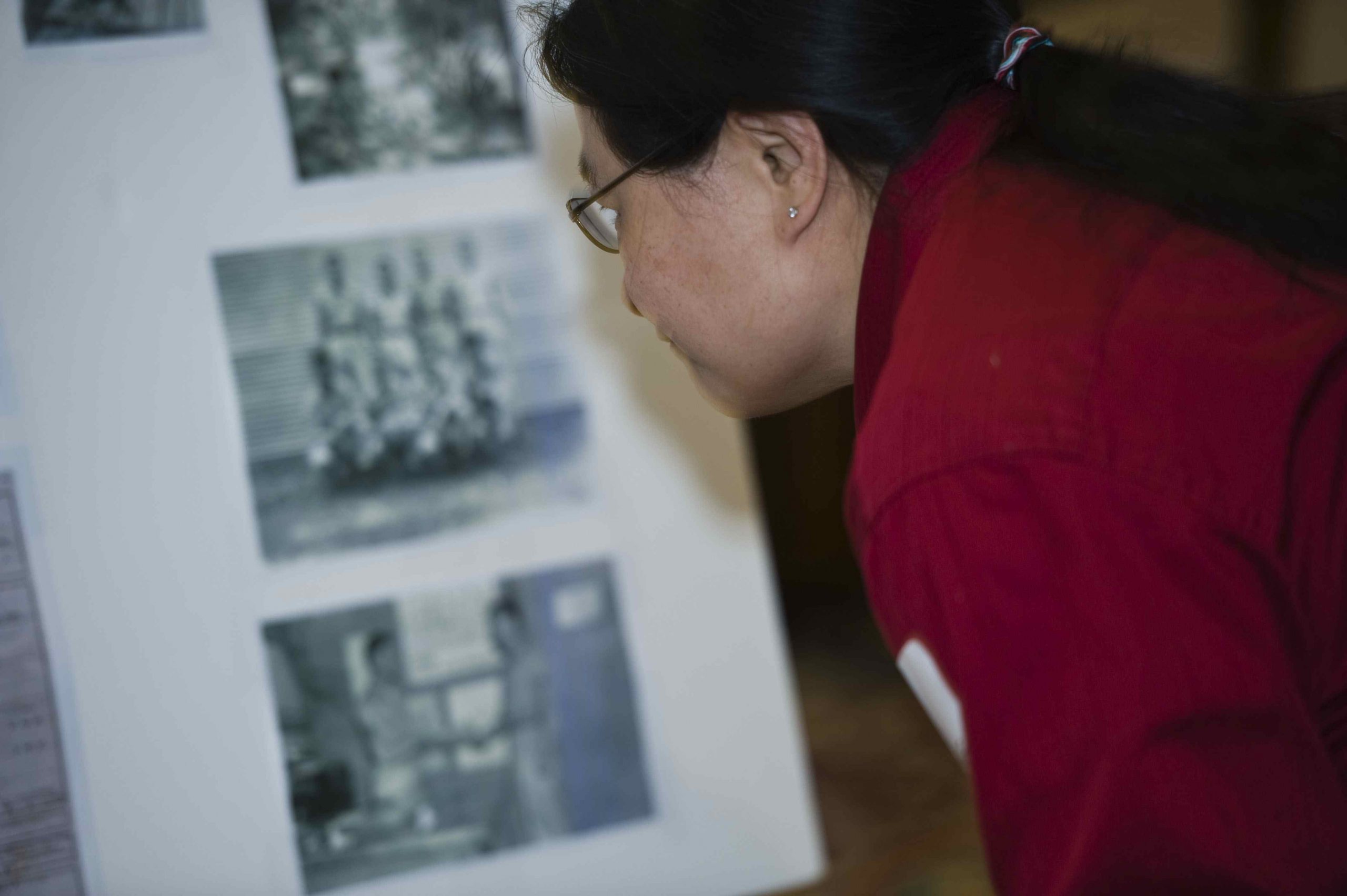 When the Japanese Imperial Army invaded China in 1937, sentiments among Chinese Americans in the U.S. ran high and efforts to raise funds and to send aid to China took place nationally. In Minnesota events were organized in both Duluth and the Twin Cities. The Bowl of Rice dinner in Duluth, organized by 50 members of the Chinese American community there, drew about 1,000 attendees and raised funds for the American Bureau for Medical Aid to China. Shortly afterwards the Twin Cities Chinese Emergency Relief Society was set up and in 1941 alone, raised $45,000 for civilian relief and $20,000 for military aid in China. This was when the Chinese American community consisted of only around 400 people. Every gainfully employed member of this group contributed his share and no one was delinquent in his pledge.

By the time the United States entered World War II in 1941, the Chinese population in the country stood at 78,000. Eager to show their allegiance to their adopted country, nearly 20% of Chinese adult males enlisted or were drafted into the U.S. armed forces. The enlistment average for the general population was 8.6%. Despite the still existing Chinese Exclusion Act, Chinese Americans found themselves being promoted as friends on government-issued posters and propaganda materials.1

In Minnesota the adult sons of Chinese immigrants followed the national trend. Many enrolled for training at the War Department’s Military Intelligence Service Language School at Camp Savage and later at Fort Snelling. Others enlisted in different branches of the Armed Forces. Archie Hum served in the infantry in the Philippines, training for the imminent invasion of Japan that was called off only after atomic bombs were dropped on Hiroshima and Nagasaki. His older brother, Fred, was serving in the Army in North Africa at the time. Another older brother, Albert, had enlisted in the Air Force, becoming a bombardier in a B29, and was stationed in China.

Another family that sent three of its sons into service was the Wen Wong family. William (ROTC), Thomas (Navy), and Robert (Army) all discharged their duties honorably. Two other Wongs, from the same home village in China, also served: Albert and Alexander.

Walter Hong, brother of veteran Hollywood actor James Hong, graduated from Pillsbury Military Academy in Owatonna and enrolled in the Army, serving as a general’s aide in China.

Many China-born sons of Chinese Americans also served. Fred Wong had only been in this country for six years when he enlisted in the Army at age 18. Alone in this country with a father who was working constantly, he had felt adrift and homeless. But the Army made him feel he belonged, and he enjoyed the camaraderie with his fellow soldiers as they completed their tour of duty in Okayama. Danny Woo, son of a ‘paper son’, enlisted, as soon as he was eligible, in the Navy and became a storekeeper (a common assignment for Chinese enlistees) on board the battle cruiser U.S.S. Astoria in the Pacific. Another young immigrant, Richard Hom, also enlisted and served stateside in South Dakota.

Phillip Huie was drafted into the Army and served in the Philippines. As befit the Army’s then prevailing perception of Chinese as good cooks, Phillip was assigned kitchen duties, despite the fact that he knew nothing about cooking. He served right behind the front lines and his one bright spot was the weekly letters he received from his sister Oy.

After the war several of these veterans went on to college or technical institutes on the GI Bill, preparing 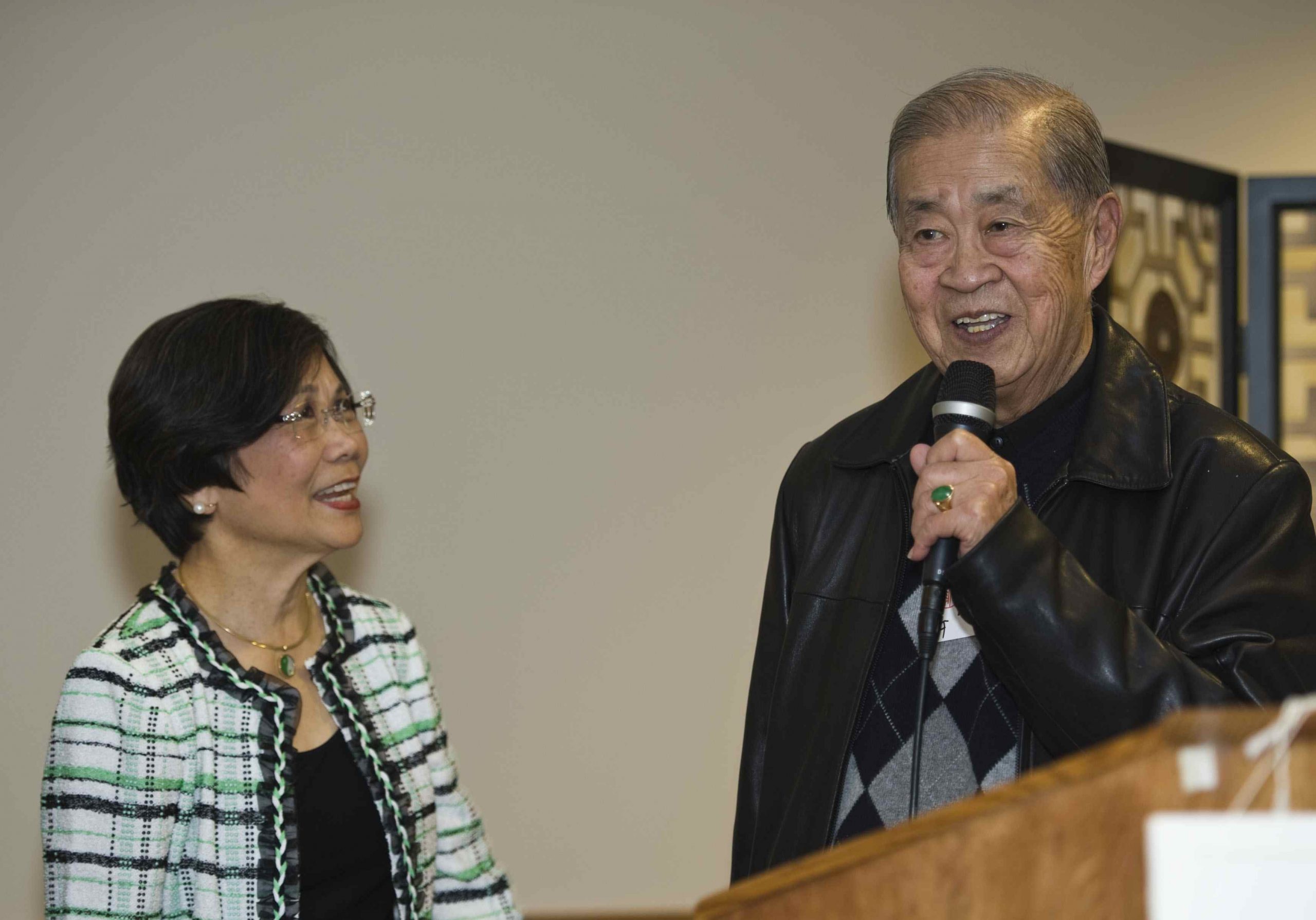 themselves for professional careers that would not have been possible otherwise. The common war experiences also bound them to other student veterans, creating a brotherhood that transcended racial boundaries.

Reflecting on his tour of duty, Archie, now 88 years old and one of the few surviving veterans, commented, ‘I was one of the luckiest guys in the world. I came out alive and was given a second chance in life. For everyone of us who was lucky, there was someone on the other side who was unlucky.’

Many of these Chinese American WWII veterans had attended Sunday school at Westminster Presbyterian Church in Minneapolis before the war and thus were listed on the bronze plaques honoring veterans at the church. Besides some of the ones already mentioned, the list includes Bing Hum, Henry Lee, Lim H. Wo, Harlan Wong, George Sing Gee, and Walter T. Wong.

The Chinese Heritage Foundation honors all these veterans for their dedication to their country, bravery in face of danger, and diligence in pioneering new career paths for themselves after the war. The Foundation plans to post more extensive profiles of them (and additional ones if found) on its website: www.chineseheritagefoundation.org, and invites surviving veterans and families of all veterans to attend its open house on October 16 during which they will be honored.

Acknowledgement: Many thanks to Oy Huie Anderson for her tireless efforts in searching for and locating many of these veterans.

In the pages on the drop down menu are interviews conducted with some of these Chinese American veterans or their families, or information supplied by their families.