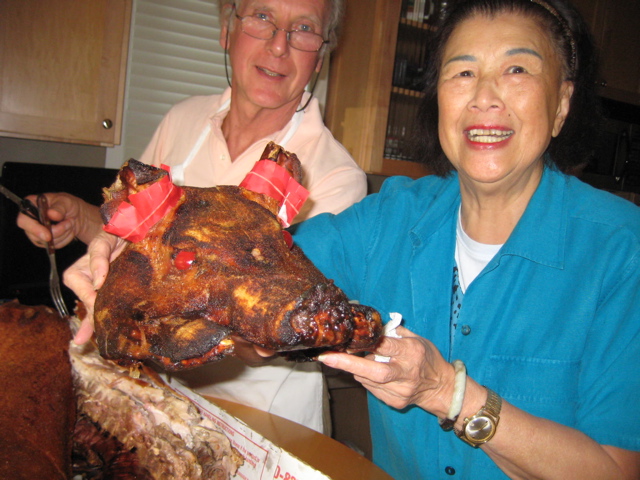 It was five years ago at Ming Tchou’s birthday party that she announced the creation of the Chinese Heritage Foundation. It has been an eventful five years since then for everyone at CHF. To mark Ming’s continuing commitment to CHF, several friends got together to throw a surprise birthday party for her. She arrived at the home of Ida Lano on August 9, expecting an intimate Sunday supper with four friends. Instead she was greeted by a chorus of approximately 30 friends hollering, ‘Surprise!!’